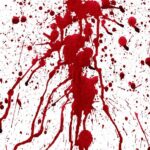 The German public broadcaster Deutsche Welle (DW) says Taliban fighters have shot and killed a close relative of one of its journalists, heightening international concerns over the safety of media workers and their families under the hard-line Islamist group’s rule.

The militants killed the relative and seriously wounded another on August 20 while conducting a house-to-house search for the journalist, according to the German broadcaster.

DW said other relatives managed to escape and were now on the run.

DW Director-General Peter Limbourg called on the German government to take action, saying the killing of a relative of its editor, who himself now works in Germany, “testifies to the acute danger in which all our employees and their families in Afghanistan find themselves.”

“It is evident that the Taliban are already carrying out organized searches for journalists, both in Kabul and in the provinces. We are running out of time!”

Reporters Without Borders expressed alarm at the news of the killing, saying it “confirms our worst fears.”

“The brutal action of the Taliban show that the lives of independent media workers in Afghanistan are in acute danger,” said Katja Gloger of the Paris-based group’s German section.

After seizing the Afghan capital, Kabul, on August 15, the Taliban’s leaders have tried to reassure Afghans and the international community, vowing a general “amnesty” for its opponents and saying it will be “positively different” from their brutal 1996-2001 rule.

With reporting by AP