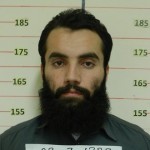 Ariana:  In a statement released on Tuesday, the Taliban said that their negotiating team is headed by Sher Mohammad Abbas Stanikzai, a leading negotiator of the armed group. The list also includes Anas Haqqani,  – the brother of Sirajuddin Haqqani, leader of the Haqqani network – who is being held in Kabul. Taliban spokesman Zabihullah Mujahid said that Haqqani “should be released to start work on the negotiating team.” The Presidential Palace, however, said that no decision had been made yet regarding his release. Click here to read more (external link).