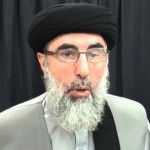 Ariana: Gulbuddin Hekmatyar, the leader of Hizb-e-Islami, on Monday blasted the United States for violating Afghanistan’s national sovereignty and territory by conducting a drone strike in Kabul and said Washington’s claims of having killed al-Qaeda leader Ayman al-Zawahiri were false. Radio Azadi meanwhile quoted the Islamic Emirate of Afghanistan’s (IEA) spokesman Zabihullah Mujahid as having said no body was found at the scene of the strike.  He said an investigation was launched into the strike and that “everything was destroyed, but we did not find a body there.” he said. Click here to read more (externa link).