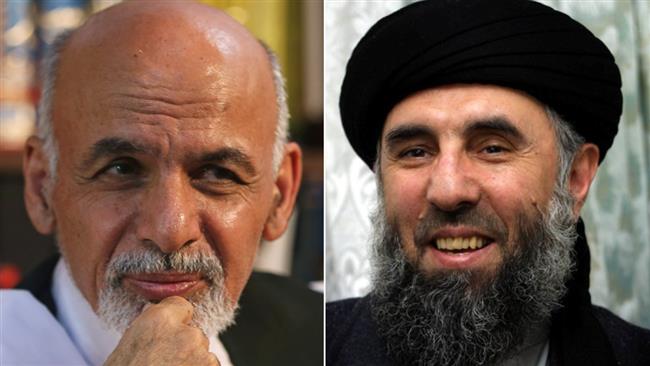 ISLAMABAD — The process of submitting nomination papers for the upcoming presidential vote in Afghanistan concluded Sunday, with President Ashraf Ghani and his ruling coalition partner Abdullah Abdullah among the candidates seeking the country’s top office.

Ghani and Abdullah, who was appointed chief executive in a deal mediated by the United States after the disputed 2014 election, filed their nomination papers just hours before the Independent Election Commission (IEC) closed the proceedings.

The election activity comes as an early morning suicide car bombing of a government convoy in eastern Afghan province of Logar killed at least eight security forces, underscoring serious security challenges facing the country in the wake of a raging Taliban insurgency.

The presidential vote, scheduled for July 20, is also under scrutiny because of the lack of serious reforms to prevent a repetition of previous fraud-marred Afghan elections.

IEC officials, however, dismiss concerns and insist their rescheduling of the polls from the original April 20 date has given them enough time to fix the problems and to lay the ground for a better organized vote.

“Our [candidates’] goal should be to work toward ensuring this election process results in a strong government and nation. Whatever consensus regarding any reforms is required must be achieved now to remove any doubts about the election outcome,” Ghani said in televised comments after formally registering his candidacy with IEC.

The IEC was heavily criticized for failing to prevent mismanagement and alleged rigging in the October parliamentary election. The final results are still awaited, fueling traditional mistrust and suspicions among voters about the upcoming election.

Gulbuddin Hekmatyar, a former ethnic Pashtun warlord accused of war crimes and once listed as terrorist by the U.S., has also joined the presidential race.

Hekmatyar stopped his Hizb-i-Islami group from waging insurgent attacks against foreign forces and returned to Kabul from years of hiding in 2016 after signing a U.S.-backed peace deal with President Ghani’s government.

Hekmatyar’s fighters have been blamed for committing atrocities during the Afghan civil war that enabled the Taliban to capture most of Afghanistan in 1996.

Several former officials of the Ghani-led National Unity government are also among the contestants. They include Hanif Atmar, former national security adviser; Rahmatullah Nabil, ex-chief of the Afghan intelligence agency; Zalmai Rassoul, a former foreign minister who came third in the last presidential election; and Shaida Abdali, a former diplomat.

The United States, meanwhile, has intensified efforts to seek a politically negotiated settlement to the 17-year-old conflict with the Taliban, which control nearly half of the country and maintain battlefield pressure on U.S.-backed Afghan forces to capture more territory.

Chief American peace negotiator Zalmay Khalilzad, and his team spent several days in neighboring Pakistan, where authorities tried to arrange the next round of U.S.-Taliban talks.

A U.S. Embassy statement announced Sunday said Khalilzad visited Islamabad from January 17-20 where he met with Pakistani civilian and military leaders. It said that “both sides reaffirmed their commitment to advance the Afghan peace process.”

Khalilzad highlighted that all countries in the region will benefit from peace in Afghanistan, the statement concluded, though it was not clear whether Pakistani efforts to bring the two sides to the negotiating table succeeded.