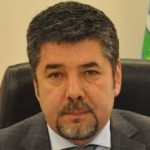 As a former intelligence chief and an outspoken opponent of the Taliban, Rahmatullah Nabil has long been a marked man.

As a candidate in Afghanistan’s presidential election in September, the dangers facing Nabil have increased exponentially.

The Interior Ministry spent nearly a year devising an election security strategy that included providing armored vehicles and guards for candidates during rallies and at their homes.

But when the election campaign kicked off on July 28, Nabil did not have the promised protection and was forced to abandon the launch of his public campaign.

“This has badly affected our campaign so far,” Nabil, the two-time head of Afghanistan’s National Directorate of Security (NDS), told RFE/RL on July 30. “The government knows the high security threat to me, but it is still not cooperating.”

The Interior Ministry did not reply to RFE/RL’s requests for comment.

Nabil’s worries about attacks against the 18 presidential candidates proved to be warranted.

At least 20 people were killed and 40 wounded in a bomb attack that was followed by a gunbattle at the office of President Ashraf Ghani’s running mate, Amrullah Saleh, on July 28.

The security fears have added to the deep uncertainty over the September 28 election — a vote that has been delayed and is expected to be the war-torn nation’s second-ever democratic transition of power.

Many of the presidential candidates have threatened to boycott the vote, alleging that Ghani is manipulating the election process in his favor.

There are also doubts if the election will even be held due to talks in Qatar with the Taliban over a peace agreement. Some candidates favor delaying the election and installing an interim government as the peace talks are being held.

Three days into the election season, a dozen candidates have failed to launch their campaigns.

No candidates held rallies on July 29.

“Candidates are hesitant to launch their campaign because they are not sure if the election will be held,” said Ali Adili, a researcher at the Afghanistan Analysts Network, an independent think tank in Kabul. “They think it might be delayed in favor of peace. The threats of a boycott can serve as an additional pretext for postponing the election.”

Election ‘Will Not Be Free’

Nabil said security threats and the government’s failure to provide security to the candidates will prevent a free and fair election.

“I know there will not be a transparent election,” said Nabil, a former United Nations official, warning that a disputed and fraudulent election will create “dangerous consequences for Afghanistan.”

The 2014 presidential election was marred by allegations of widespread fraud that threatened to trigger a civil war before a power-sharing agreement was reached.

There is also concern that the upcoming election could be hit by voter fatigue.

“Considering the Taliban’s plan to disrupt the election, the government’s mismanagement of the country in the past five years, and the last parliamentary elections, the turnout will be low,” said Nabil.

A coalition of some 12 presidential candidates has threatened to boycott the vote. The group has demanded that Ghani remove several recently appointed officials, including a new ambassador to India who is under investigation by the attorney general for corruption.

Presidential candidate Hanif Atmar said the appointments were political and contravened electoral law and urged Ghani to refrain from using “government resources and authority” for his personal gains.

The Election Support Group of Ambassadors (EGA), which is comprised of the United Nations Assistance Mission in Afghanistan (UNAMA), NATO, and key donor countries, said in a statement on July 19 that Ghani and Abdullah “as candidates in positions of authority…have a special responsibility to clearly distinguish between their role as government officials and as presidential candidates.”

The EGA “noted the public concerns about maintaining a level playing field amongst all candidates and stakeholders” and said it “takes allegations of abuse of authority seriously.”

On July 21, the Independent Directorate of Local Governance (IDLG) announced a hiring and firing ban on all government positions.

The election comes as U.S. and Taliban negotiators try to hammer out the details of a peace agreement that would see foreign troops leave Afghanistan in exchange for a pledge by the Taliban not to allow the country to become a base for terrorist groups. U.S. officials said they are seeking a deal by September 1.

The sides have held eight rounds of talks in Qatar since September and are reported to be making some progress. They are expected to meet again for more negotiations in August.

The U.S.-Taliban agreement would precede intra-Afghan talks over a future political settlement that will be negotiated between the internationally backed government in Kabul, the militant group, and representatives of Afghan society.

It is not clear how a U.S.-Taliban peace deal or Afghan government-Taliban peace negotiations would affect the presidential election.

There is a possibility that the vote could be canceled altogether in the event of a peace settlement and the formation of an interim government that the Taliban would join.

That idea has been floated privately by U.S. officials and has been supported by the Taliban and Afghan opposition figures, although Ghani has strongly rejected it.