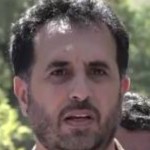 Asadullah Khalid told a gathering in Kabul Thursday that his ministry had the video footage of the attack in Adraskan district that showed presence of Taliban in Khom-e-Zairat village. He expressed hope that an investigation would prove that no civilian was harmed in the strike.

The Defense Ministry had promised an investigation after residents claimed at least eight civilians were killed and dozens wounded, including children, in an Afghan air force strike Wednesday morning.

A number of the wounded shifted from the strike site to Herat regional hospital told the local VOA reporter that they were attending a wedding ceremony when the air force bombed vehicles in the house.

Jialani Farhad, a spokesman for the Herat provincial government, said tens of Taliban, including Taliban commanders, were killed in the strike.

“In Herat, photos and eyewitness accounts suggest many civilians including children are among the victims of an Afghan airstrike. We condemn the attack and support an investigation,” tweeted Zalmay Khalilzad, the Special Representative for Afghanistan Reconciliation.

He also criticized the Taliban for recent violence taking Afghan lives and said both sides needed to “show necessary restraint as the start of intra-Afghan negotiations is so close.”

Intra-Afghan negotiations refers to talks between the Taliban, the Afghan government, and other Afghan factions for a political settlement in the country’s decades long conflict.

The negotiations are a sequel of earlier talks between the U.S. and Taliban culminating in an agreement signed on February 29.

As per the agreement, the U.S. would withdraw all its forces from Afghanistan in 14 months in return for counter-terrorism guarantees from the Taliban.

The U.S. has already fulfilled part of the agreement, vacating a number of military bases and reducing its troop level in Afghanistan to around 8,600, while further drawdown seems to be ongoing

Local officials in Nangarhar province, once a stronghold of the Islamic State group, say the U.S. forces have recently vacated two small bases in Achin and Haska Mena districts.

U.S. forces were previously involved in direct fighting with IS militants in these districts. In 2017, this was the deadliest place on earth for U.S. forces where the highest number of U.S. servicemembers were killed that year.

This is also the area where the U.S. used its largest non-nuclear weapon, a Massive Ordinance Air Blast, nicknamed mother of all bombs, in 2017.

Ataullah Khogani, a spokesman for the Nangarhar government said the forces left the region a couple of days ago. However, Khair Mohammad, a local police commander said the troops have been gone for more than a month.