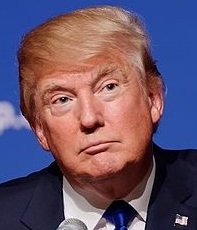 Shortly after President Donald Trump drew national opprobrium for daring to suggest that the United States was not “so innocent” when it came to killing, military forces under his command – as if on cue – killed 18 noncombatants, mostly women and children, in Afghanistan’s Helmand province. This latest episode of so-called collateral damage is yet another manifestation of phenomena prevalent in Afghanistan since 2001, that being contempt for the law and lack of respect for human life – two attributes most “killers” share.

On February 12, the UN Assistance Mission in Afghanistan (UNAMA) released a statement confirming that U.S.-led airstrikes conducted on February 9 and 10 killed 18 civilians in Helmand’s Sangin District. UNAMA then called on all parties to the conflict to “strictly” adhere to their international obligations and take all possible measures to protect civilians – a message many activists are sick of hearing.

“We are deeply saddened constantly by the continuous massacre of Afghan civilians by the biggest military superpower that has proven to have no respect for international humanitarian law,” a spokesperson from Afghans United for Justice told AlterNet after the UN announcement.

Meanwhile, the Pentagon still refuses to take responsibility for the tragedy in Sangin but did indicate it would look into the matter, reminiscent of previous incidents of self-exculpation. The most glaring example of which is how the U.S. military exonerated itself from criminal wrongdoing after American-led forces bombed a hospital and killed 30 people in Kunduz in October, 2015. Defense Department investigators concluded while gross negligence was involved the incident did not qualify as a war crime.

Last month, a U.S. military probe concluded that air operations targeting the Taliban in November of 2016 killed 33 civilians in a town in northern Afghanistan, only to chalk it up to the fog of war. In fact, the Pentagon had the gall to suggest the bigger problem was that the Taliban were using Afghans as human shields.

“The village is not a normal village. There are a lot of Taliban fighters there,” U.S. military spokesman Charles Cleveland told Al Jazeera. “However, the only real solution to prevent civilian casualties is for the Taliban to not hide behind civilians.”

The United States’ lack of innocence has been on full display on numerous occasions over the past fifteen years through reckless military operations followed by refusal to acknowledge atrocities. In 2011, for example, General David Petraeus ludicrously accused Afghans of burning their own children. Petraeus was criticized so heavily that a month later he immediately took responsibility after a helicopter mowed down nine Afghan children. How courageous of him.

We can go all the way back to the initial invasion of Afghanistan after 9/11 for evidence of callous disregard for Afghan lives, as illustrated by University of New Hampshire Professor Marc Herold, who noted the high level of civilian casualties – 3,767 deaths – during the first eight and a half weeks of the air campaign. Herold also revealed the factors he thought drove such a high casualty rate.

“The explanation is the apparent willingness of U.S. military strategists to fire missiles into and drop bombs upon, heavily populated areas of Afghanistan,” Herold argued in a paper published in December, 2001. “But, the critical element remains the very low value put upon Afghan civilian lives by U.S. military planners and the political elite.”

Moreover, according to a Brown University study, since 2001 more than 31,000 Afghan civilians have been killed and another 41,000 injured as a direct result of the war – a war, mind you, that the United States started.

Which begs the question, outside of the Taliban and Pakistan, who do most Afghans believe are the real killers in the past fifteen years? The United States and its allies, it is probably safe to assume, might rank high on that list. And would it be so shocking to discover that many Afghans who lost loved ones in U.S. combat operations might view former presidents George W. Bush and Barack Obama as killers?

Even outside of Afghanistan, the United States has a history replete with not-so-innocent acts, including supporting the bloody overthrow of at least 15 foreign governments via direct invasions, proxy wars, coups, and assassinations. As mentioned in previous articles, Noam Chomsky had a point when he said every American president since the Second World War would have been hung were the Nuremberg principles actually consistently applied.

Hence, it is hard to believe that so many U.S. lawmakers and pundits on both sides of the aisle were outraged that Trump would put any rival on the same moral plan as the United States, the exceptional nation. In fact, ironically, it might have been the most truthful statement President Trump has uttered so far in office. The question remains, however, as to whether Trump thinks not being “so innocent” is a bad thing.