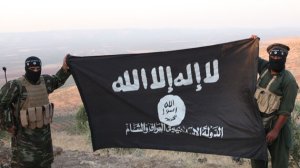 Afghanistan says more than 600 civilians have been killed over the past six months at the hands of Daesh terrorists, who are trying to strengthen their foothold in the militancy-riddled country.

The Afghan Defense Ministry released the figure in a report on Tuesday and said most of the victims were young people who had refused to join the ranks of the terror group mainly operating in eastern Afghanistan.

Daesh atrocities have also rendered 20,000 families internally displaced over the past year, it added.

The militant group’s stronghold is currently in the eastern province of Nangarhar, which borders Pakistan. It reportedly plans to establish a base of operations within the province’s mountainous terrain.

Daesh, mainly active in Syria and Iraq, has been using a sophisticated social media campaign to woo the local militants, who defect from the main Taliban group.

Although Taliban leaders have warned Daesh against “waging a parallel insurgency in Afghanistan,” the latter has been trying to expand its outreach there and is reported to have between 1,000 to 3,000 terrorists on its payroll.

Afghanistan is gripped by insecurity 14 years after the United States and its allies attacked the country as part of Washington’s so-called war on terror.

Parts of the country have long been considered the Taliban militant group’s bastion.

Earlier in the month, however, Afghan President Ashraf Ghani said Afghan military forces had flushed the terrorists out of some of Nangarhar’s regions, asserting, “Afghanistan will be their graveyard.”