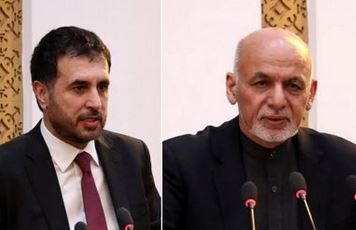 The defense minister, who previously had governed volatile Kandahar and Ghazni provinces and served as the Afghan spy chief, is also accused of ordering the killing of five United Nations workers in a roadside bombing in April 2007 in Kandahar,

“Credible evidence of serious human rights abuses and war crimes linked to Khalid have followed him throughout his government career,” Human Rights Watch noted. There is also strong evidence directly implicating him in acts of sexual violence against women and girls when he was governor of Ghazni and Kandahar, it added.

The HRW report denounced Khalid’s appointment as an “opportunistic and callous move” by President Ghani to score to “short-term gains” in the upcoming Afghan presidential election.

The move should have rung alarm bells not only in Kabul, but in the capitals of Afghanistan’s major donors, lamented HRW.

“That it didn’t says a lot about how little human rights matter to an increasingly shaky government, and to donors looking for an exit from the long Afghan war,” the group noted.

The Afghan government has not immediately commented on the scathing report.

In a bid to preempt the criticism, officials invited among others the head of Afghanistan Independent Human Rights Commission to Khalid’s inauguration as the country’s new defense minister two weeks ago.

“My expectation from my soldiers is that while they would be rough and rude against enemy, they would do their best to reduce civilian casualties and demonstrate good behavior with war prisoners under their legal and religious obligation,” Khalid told the ceremony.

President Ghani’s government has proved unwilling to criminally investigate Khalid but the United States and Canada have the authority under their respective laws to impose financial and travel sanctions on him, asserted the HRW report.

“The European Union and other donors should impose similar sanctions to send a clear message that returning a known human rights abuser to a position of authority is simply unacceptable.”

The allegations against Khalid initially stemmed from his stint as the governor of Kandahar a decade ago – a time when thousands of Canadian troops were based in the province as part of the U.S.-led military coalition.

The HRW noted that Canadian diplomat Richard Colvin testified to a Canadian parliamentary commission in 2009 that Khalid perpetrated enforced disappearances and held people in private prisons. The testimony included evidence of Khalid’s personal involvement in the torture of detainees.