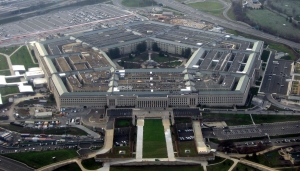 The United States military has admitted to its failure in rescuing two universality professors held hostage in Afghanistan.

Two professors at the American University — an American and an Australian — were kidnapped in the heart of the Afghan capital Kabul last month.

“In August, at the recommendation of Secretary Carter, President Obama authorized US forces to conduct a mission in Afghanistan, aimed at recovering two civilian hostages,” Pentagon spokesman Peter Cook said in a statement on Thursday. “Unfortunately, the hostages were not at the location we suspected.”

Without mentioning the identities of the hostages, Cook added that US forces “engaged and killed a number of hostile forces.”

Unnamed Pentagon officials with knowledge of the incident told Fox News, however, that the country’s military had been unsuccessful in saving the professors, adding seven militants had been killed in the operation.

“We will not provide further information on this mission in order to protect the safety of hostages and operational security,” Cook said. “Military hostage rescue operations are inherently sensitive and dangerous and careful deliberation went into this mission.”

This is not the first time they have been unable to conduct a successful rescue operation, previously failing to obtain approval from the White House over intelligence concerns.

“They turned back that first night because they didn’t have authority. They could have gone without permission if they thought hostages’ lives were in imminent danger,” one official said.

The operation itself, carried out after an approval by President Obama the next day, “didn’t go the way it was supposed to go,” according to one official.

It was not clear whether the professors were ever inside a compound near Jalalabad in eastern Afghanistan or they were transferred to a different location prior to the arrival of the US military forces.

According to Fox News, the Haqqani network is suspected to be behind the abduction, which took place as the two professors were driving in Kabul.

“If the hostages are… in imminent danger, we go… That was not the case this time, so we went the next day,” another official said.