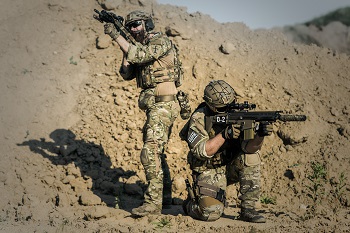 The 2001 invasion of Afghanistan and following occupation by the United States was largely to protect the country’s opium cultivation and exploit its vast mineral resources, particularly the deposits of lithium, according to James Henry Fetzer, an American academic who has been studying the events of 9/11 since late 2001.

Fetzer, who is also a journalist with Veterans Truth Network and a retired professor in Madison, Wisconsin, told Press TV on Sunday that “Afghanistan had nothing to do with 9/11.”

Speaking at an event organized by the Washington Post on Thursday, Chairman of the Joint Chiefs General Joseph Dunford warned the United States should continue its military presence in Afghanistan if it wishes to prevent future attacks similar to what happened on September 11, 2001.

He added that pulling American and NATO forces out of Afghanistan was not a good idea.

“Leaving Afghanistan in my judgment would give the terrorist groups the space with which to conduct operations against the American homeland and its allies,” Dunford said.

“It is our assessment that in a period of time… [the terror groups] would have in the future the capability to do what they did on 9/11,” he said.

Professor Fetzer said that it “is ridiculous, beyond belief. Afghanistan had nothing to do with 9/11 which was brought to use complements of the CIA, the neocons and the Department of Defense, and the Mossad. Although the government has spun fanciful stories that the country was attacked by 19 Islamic terrorists under the control of a guy in a cave of Afghanistan, it was complete poppycock, fabricated, or had no relation to reality.”

“While 15 of the hijackers were from Saudi Arabia none of them were from Afghanistan. The idea that Osama bin Laden was conducting this operation against the United States was a fantasy. When he was initially informed about the attack, he explained that he had nothing to do with it, that murdering innocent women and children were contrary to the tenets of the Quran, and that there appeared to be a government within the government of the United States that wanted to blame this on Muslims. On all points on which he was completely correct,” he added.

“The United States would launch an invasion of Afghanistan, virtually immediately, which appeared to have been to exploit its vast mineral resources, including one of the world’s largest deposits of lithium, which is used to trigger atomic weapons, in computers, and for electric car batteries which are becoming very popular in the United States…and of course to guard the poppy crop where the Taliban had all but extinguished the poppy fields which now since the United States has returned to Afghanistan are thriving and are in abundance, where a many military have returned from Afghanistan and discussed explaining his role there was to protect poppies from the destruction,” noted Fetzer, the founder of Scholars for 9/11 Truth.

The September 11 attacks, also known as the 9/11 attacks, were a series of strikes in the US which killed nearly 3,000 people and caused about $10 billion worth of property and infrastructure damage.

US officials assert that the attacks were carried out by al-Qaeda terrorists but many experts have raised questions about the official account, saying it was a false-flag operation and that bin Laden was just a bogeyman for the US military-industrial complex.

They believe that rogue elements within the US government orchestrated or at least encouraged the 9/11 attacks in order to accelerate the US war machine and advance the Zionist agenda.

15 thoughts on “US invaded Afghanistan to exploit its vast mineral resources: Scholar”