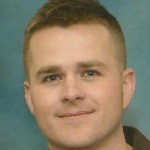 Army Times: The civilian review comes after former 1st Lt. Clint Lorance, 34, had an appeal rejected by military judges two years ago. On July 2, 2012, Lorance gave orders to his soldiers to fire on three unarmed Afghan men on a motorcycle near their patrol. One soldier initially fired two shots, missed and watched as the Afghan men came to a stop, dismounted their bike and walked towards the Afghan National Army soldiers who were at the front of the U.S.-Afghan patrol, according to court records. The Afghan soldiers gestured for the motorcyclists to leave. At that point, Lorance ordered over the radio for the platoon’s gun truck to engage the Afghan motorcyclists using an M240B machine gun, killing two of the riders and wounding the third, who then managed to flee. Click here to read more (external link).