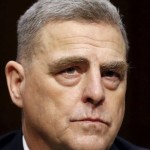 U.S. Army General Mark Milley, chairman of the Joint Chiefs of Staff, has predicted that American troops, already in Afghanistan for 18 years, would remain in the country “for several more years.”

In an ABC interview broadcast on November 10, Milley noted that, after the September 11 attacks in 2001, the original reason U.S. forces went into Afghanistan was to make sure that the country never again would be a haven for extremists who would attack the United States.

“That mission is not yet complete,” the general said. “In order for that mission to be successful the government of Afghanistan, the Afghan security forces, are going to have to be able to sustain their own internal security to prevent terrorists using their territory to attack other countries, especially the United States.”

There are some 14,000 U.S. troops in Afghanistan, as well as thousands of European forces participating in the NATO-led Resolute Support mission.

President Donald Trump has repeatedly said it is time for the United States to pull back from its role in various conflicts around the globe, including in Syria.

Milley said U.S. troops will remain in the Middle Eastern country “for a significant amount of time because it’s in our national interest to be there to help out.”

The general said he expected American troop levels in Syria to stabilize at around 500, insisting that pressure must be maintained on fighters of the Islamic State (IS) extremist group.

There are currently several hundred U.S. troops in Syria.

Trump has recently approved an expanded military mission to secure oil fields in Syria’s east, after announcing a complete withdrawal from the country.

With reporting by AP, dpa, and AFP