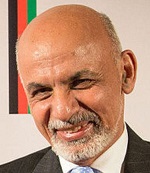 The Washington Times: Afghanistan’s former president didn’t make off with millions of dollars of American money last year, but other people likely did, a U.S. inspector general said Tuesday in a report detailing his yearlong effort to track down what happened. John Sopko, the special inspector general for Afghanistan reconstruction, said former President Ashraf Ghani and his entourage did try to take money with them on their emergency flight out of the country, but it appears to have been left behind amid other luggage. Click here to read more (external link).