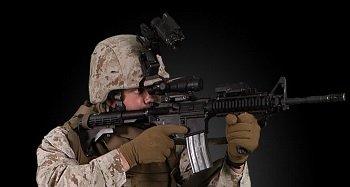 The Pentagon will deploy a new task force of approximately 300 US Marines to Afghanistan’s restive Helmand Province, marking the return to a region where hundreds of troops were killed in fierce combat.

The forces with a unit called Task Force Southwest will deploy this spring to advise the Afghan army and police, senior Marine officers said Friday.

The deployment will last nine months and is expected to evolve into a series of similar rotations for the Marines, officials said.

The Marines will largely operate from a sprawling Afghan installation known during earlier Marine operations as Camp Leatherneck, but will be based in other locations and could engage in combat.

“We’re viewing this as a high-risk mission that really requires training that is going to ensure that our Marines are capable of countering a full-spectrum threat,” said Brig. Gen. Roger B. Turner, who will be in charge of the mission.

“We’re not in any way viewing this as a non-combat mission or anything to take lightly,” he added.

Some of the Marines who will be sent to Helmand have deployed multiple times to Afghanistan before, fighting along their Afghan counterparts.

US Marines were pulled out of Helmand, a long-time Taliban stronghold, in October 2014 as part of President Barack Obama’s planned drawdown of US military presence in Afghanistan.

Security in Helmand has deteriorated ever since and Afghan forces have been struggling against a resilient Taliban. Militants have advanced around the provincial capital in recent months and fighting regularly erupts along the city’s outskirts.

There are approximately 8,500 US troops in Afghanistan, with most being located at major installations in the capital, Kabul, and at the US airfield in Bagram.

The United States and its allies invaded Afghanistan on October 7, 2001 as part of Washington’s so-called war on terror. Militant and terrorist attacks across Afghanistan are still frequent despite the presence of foreign forces.