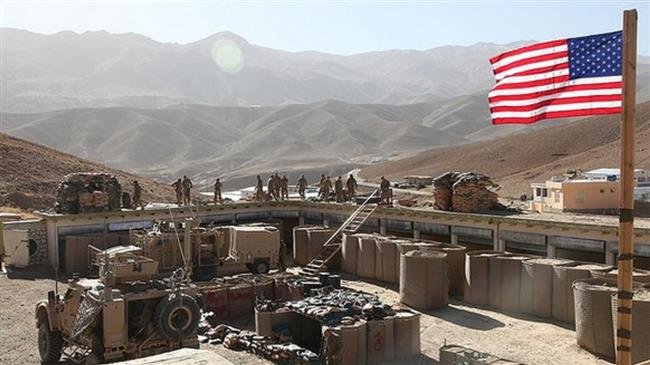 This file photo shows American forces setting up a base in the west-central Afghan province of Parwan.

Afghanistan will not allow the United States to use its bases in the country to conduct any act of aggression against Iran, says a top Afghan diplomat.

“Relations with neighbors are of special significance to the Afghan government in Kabul. Therefore, we will never allow the US to use its military bases against our neighbors such as Iran and Pakistan,” said Abdul Rahim Sayed Jan, Afghan ambassador to Turkey.

“The presence of US bases in Afghanistan has always been a source of concern for our neighbors, although, in line with the Afghan government’s agreement with the US, Washington can never use these bases against our neighbors,” added the envoy in his address to a conference on Afghanistan in Turkish capital Ankara, Turkish daily Yeni Akit reported on Saturday.

The top diplomat also said he considered the Taliban militant group to be a paramilitary group formed by foreign countries in the Central Asian nation. Sayed Jan also ruled out any association between the militant outfit and Islam.

“We do not consider them to be an Islamic group,” he noted, saying many of the group’s members had been “brainwashed with wrongful ideology.”

Late last month, Iran’s Foreign Ministry said the country hosted a delegation from the Taliban to discuss possible ways to end hostilities in Afghanistan, which is still reeling from chaos 18 years after the US invasion.

“Since the Taliban are in control of more than 50 percent of Afghanistan, and given the insecurity, instability and other issues that the country is dealing with, they (the Taliban) were interested in talks with Iran,” Iran’s Foreign Ministry spokesman Bahram Qassemi said at the time.

Regarding the presence of terror groups in Afghanistan, Sayed Jan said the al-Qaeda and Daesh Takfiri terror groups had likewise been formed by foreign states to create insecurity in other countries.

Since late 2017, Daesh, which has already lost all its urban strongholds in Iraq and Syria, has taken advantage of the chaos in Afghanistan and established a foothold in eastern and northern regions, launching brutal attacks against both civilians and security forces.