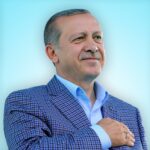 Turkish President Recep Tayyip Erdogan said his country would need support from the United States to protect Kabul’s international airport if it were to maintain troops in Afghanistan following the withdrawal of other NATO troops.

Turkey is also seeking Pakistan and Hungary’s involvement in a new mission in Afghanistan following the departure of the U.S.-led NATO force, Erdogan said on June 14 at the end of a series of meetings with NATO leaders in Brussels.

“If they don’t want us to leave Afghanistan, if they want [Turkish] support there, then the diplomatic, logistic, and financial support that the United States will give us will [be] of great importance,” Erdogan said.

NATO leaders agreed earlier at their one-day summit to maintain funding for Kabul’s civilian airport after the withdrawal of allied troops scheduled to be finished by September 11.

NATO Secretary-General Jens Stoltenberg said the alliance is working on how to ensure the continued operation of the airport, adding that “Turkey of course plays a key role in those efforts.”

U.S. President Joe Biden said there was a strong consensus among the NATO leaders on Afghanistan.

“Our troops are coming home, but we agreed that our diplomatic, economic, and humanitarian commitment to the Afghan people and our support for the Afghan National Defense and Security Forces will endure,” he said.

Meanwhile, a top U.S. commander has clarified the role U.S. aircraft are expected to provide as so-called “over-the-horizon” support for Afghan government forces after the last U.S. troops leave Afghanistan.

General Frank McKenzie, the head of U.S. Central Command, told the Voice Of America on June 14 that the United States is not planning to support Afghan forces with air strikes after the U.S. troop withdrawal is complete.

McKenzie said counterterrorism strikes in Afghanistan would be limited to cases in which plans have been discovered by “someone who wants to attack the homeland of the United States, [or] one of our allies and partners.”

The general’s comments appear to refute a report by the New York Times that said the Pentagon was considering seeking authorization to carry out air strikes to support Afghan security forces if Kabul or another major city is in danger of falling to the Taliban.

In Brussels, Erdogan criticized what he said was a lack of support from NATO for counterterrorism efforts.

But Erdogan described his meeting with Biden as constructive and said he invited him to visit Turkey.

“There is a strong will for the start of a new era in all areas based on mutual respect and interest,” Erdogan said.

“There is no problem in Turkey-U.S. relations that cannot be solved,” he said, while Biden told reporters he was “confident we’ll make real progress with Turkey.”

Erdogan said the issue of Biden’s declaration in April that the Ottoman-era mass killing and deportations of Armenians was “genocide” was not discussed during his meeting with Biden.

Turkey, which was furious over Biden ‘s declaration, denies the deportations and massacres, which began in 1915 and killed an estimated 1.5 million Armenians, amounted to genocide.

The Turkish leader used the meeting to renew a call for an end to U.S. support for the Kurdish fighters in Syria, who Ankara argues are linked to a Kurdish insurgency in Turkey.

He also signaled no change over Turkey’s purchase of the S-400 advanced Russian missile defense system, which Washington says is a threat to NATO.

“Our thoughts on the S-400 are the same as before. I relayed our same thoughts to Mr. Biden,” Erdogan said, but added efforts to resolve the differences continue through contacts between the two countries’ foreign and defense ministers.

After meeting with Erdogan, Macron said on Twitter that he wants to “move forward” with clarity on Turkey.

Erdogan said Macron told him as “a friend” that it’s “out of the question for me to be against Islam.” He also said that Turkey and France would continue to work together to tackle conflicts in Libya and Syria.

With reporting by VOA, AP, and Anadolu