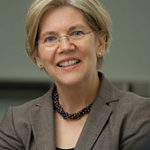 1TV: Afghan government is a corrupt government, US Democratic presidential candidate Elizabeth Warren said on Friday. “What has all these years of war brought us? Right now, the Afghan Government controls less than 60% of the land. People don’t have faith in it. It’s a corrupt government. The opium trade is higher than ever,” Senator Warren said speaking at a presidential debate. She suggested Afghanistan crisis cannot be solved militarily and US troops should be withdrawn. Click here to read more (external link).