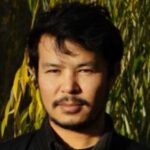 Tolo News: Aziz Hazara, an artist who currently works in Kabul and Berlin, collected a shipment of 20 tonnes of rubbish from Bagram airbase, once used as the main US military base in Afghanistan, the UAE-based The National reported.  Hazara told The National that the garbage’s journey would take up to one year, and was intended to retrace the “supply chain of the global war on terror,” the route through international ports and cities where American soldiers and equipment passed through to get to Afghanistan during the war. Its final destination will be the United States.  Hazara called it his “gift to the American people.” Click here to read more (external link).