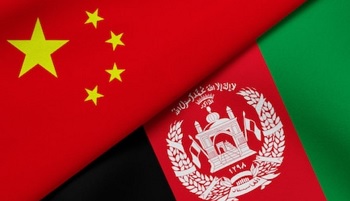 Afghan security forces broke up an alleged Chinese espionage ring in December that was operating in Kabul and trying to infiltrate terrorist networks in the country.

The Afghan government said little about the issue besides acknowledging the arrests. Beijing publicly denied knowledge of the group’s activities.

But Afghan officials later told journalists the spy cell had been operating for up to seven years in the country and had been seeking the help of the Haqqani network — a Pakistan-backed Islamist group linked to the Taliban — to hunt down Uyghur groups operating in Afghanistan.

The incident offers a glimpse into Beijing’s complicated political and economic interests in Afghanistan as it prepares for the fallout from U.S. President Joe Biden’s decision to withdraw American troops from the country. Other NATO countries will follow Washington’s lead and pull out by September 11.

Most of Beijing’s interests in Afghanistan are centered on creating political stability and lowering the violence that is rampant in the war-torn country, but the prospect of a U.S. withdrawal ahead of the 20th anniversary of the 9/11 terrorist attacks puts both those pillars at stake.

China shares a 76-kilometer border with Afghanistan and has preferred a low-key approach toward its unstable neighbor, although that has slowly changed in recent years as Beijing’s footprint in the country has become more complex.

As evidenced by that spy ring, broken up late last year, China is worried about Afghanistan becoming a haven for Uyghur radicals and other fundamentalists angered by Beijing’s repressive policies toward ethnic Muslim minorities in Xinjiang to launch a cross-border insurgency.

In hopes of containing the country’s tenuous security situation, China has trained an Afghan brigade near its border and has also set up a military outpost in Tajikistan in order to monitor and gather intelligence on Uyghurs based in Afghanistan.

Beijing has also stepped up its diplomatic efforts by hosting formal meetings between the Taliban and Afghan government representatives and welcomed public visits by senior Taliban leaders.

Support for political reconciliation was reaffirmed on April 25 when Wang Yu, China’s ambassador to Afghanistan, told journalists that the peace process was at a “critical juncture” and that Beijing is committed to playing a constructive role in stabilizing the country.

“China’s main area of concern is about security, specifically its own security,” Ayesha Siddiqa, a research associate at London’s School of Oriental and African Studies, told RFE/RL. “Beijing doesn’t want to replace the United States in Afghanistan, but it’s clear that a lot of chaos is about to emerge and that leaves it with some very unappealing options.”

Afghanistan was not originally part of the plans for the Belt and Road Initiative, Beijing’s multibillion-dollar global infrastructure project, with Chinese policymakers viewing the security situation as too unstable.

But that soon changed as Beijing looked to tie Afghanistan into its wider plans for the region through the $62 billion China-Pakistan Economic Corridor (CPEC), a bundle of investment projects based in Pakistan.

Afghanistan has vast mineral deposits, but since the fall of the Taliban in 2001 the sector has been seen as the potential backbone of a postwar economy — and still is by policymakers in Kabul. But few major mining companies will risk venturing into the war-ravaged country.

China’s state-owned Metallurgical Group Corporation secured a $3 billion, 30-year concession in 2008 to mine Mes Aynak, a huge copper deposit south of Kabul, along with oil and gas blocks in the north.

But these projects are largely at a standstill due to security concerns, and the dormant mine is reportedly a source of tension between Beijing and Kabul.

“[This] doesn’t mean China has forgotten about Afghanistan’s vast underground wealth, [Beijing] just knows it is not going anywhere soon,” Torek Farhadi, an independent analyst and former adviser on Afghanistan to the IMF and the United Nations, told RFE/RL.

Faced with shoring up its investments and protecting its long-standing security concerns, China faces a difficult road ahead as it prepares for the departure of U.S. forces from Afghanistan.

Raffaello Pantucci, a senior associate fellow at London’s Royal United Services Institute, says Beijing will look to wield increased influence in the country, but remains extremely cautious about getting too intertwined in Afghanistan’s chaos, which Chinese policymakers view as a quagmire that won’t improve anytime soon.

“The broad view is that Afghanistan is probably more trouble than it’s worth,” Pantucci told RFE/RL. “So, unless things calm down, Beijing will look to keep the country’s problems at arm’s length.”

Still, Pantucci cautions that China may find itself increasingly enmeshed in Afghanistan’s future whether it wants to play a crucial role or not.

“The problem is that China has a very different position in the world today than it did when the war in Afghanistan began, which means that it needs to be a significant actor in its backyard,” he said. “They may find themselves sucked into problems and issues and feel forced to step in.”

Tiptoeing In The New Afghanistan

The withdrawal of U.S. forces also opens the door for other powers to exercise more influence in Afghanistan, specifically Pakistan and Iran.

Tehran has long welcomed the departure of foreign forces from Afghanistan, while Islamabad has long played a dominant role in shaping its neighbor’s affairs and its intelligence services enjoy strong ties to the Taliban’s leadership.

For China, this presents both opportunities and threats. Beijing enjoys strong relations with both Iran and Pakistan, but overlapping interests in Afghanistan complicate those ties.

Pakistan is believed to have an extensive network of spies and proxies in Afghanistan and despite a mostly warm relationship with China, Islamabad is conducting its own independent policy, both courting Taliban leaders and cooperating with the United States.

According to Siddiqa, Tehran may be more willing to work with their Chinese counterparts in Afghanistan than Islamabad. Pakistan remains suspicious of Chinese officials conducting their own outreach to insurgents and developing its own power base in the country, which will leave Beijing treading carefully in Afghanistan.

“It means that China is not so confident in Pakistan,” Siddiqa said. “Depending on how links with [Iran and Pakistan] develop, China will be tiptoeing in Afghanistan.”