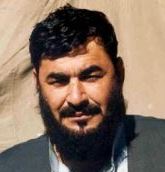 Daily Beast: “Noorzai isn’t the first drug smuggler the US [had] released; about 50 other drug traffickers were released after the Doha deal, but he is certainly the most prominent,” the official said. “All of them [released prisoners] have gone back to their narcotic business again, as will Noorzai. The Taliban continue to depend on drug trafficking and smuggling to sustain themselves financially.” Click here to read more (external link).

« Intelligence Head Wasiq Meets Deputy CIA Head in Doha: Source
What Afghans want the rest of the world to know »