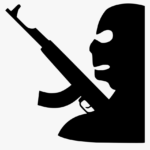 The Tribune (India): Weapons and other military equipment left behind by US forces when exiting Afghanistan last year are now being used by militants in attacks against law enforcement and security forces in Pakistan, the media reported. This was claimed by Khyber Pakhtunkhwa (KP) Inspector General of Police Moazzam Jah Ansari while talking to the media on Thursday, Samaa TV reported. Ansari said that after Afghan Taliban took over in Afghanistan on August 15, 2021, many militants in Afghan jails were set free. Click here to read more (external link).

« UN: 79% of Afghan people do not have access to heating devices
Afghans Honor Victims Of Education Center Attack With Books »