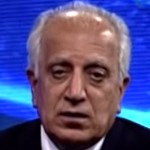 ISLAMABAD – The U.S. peace envoy to Afghanistan said Friday that violence in the war-torn country had lately been “too high,” but that fatalities among Afghan government security forces battling the Taliban insurgency had dropped 35 percent to 40 percent compared with the same period in 2019.

Zalmay Khalilzad, the special representative for Afghan reconciliation, also noted that no American or coalition solider had been killed by the Taliban since the United States signed a landmark agreement with the insurgent group in February to end the nearly 19-year-old Afghan war, America’s longest.

Khalilzad, who negotiated and sealed the deal, shared the assessment while speaking to an online forum in Washington arranged by the United States Institute of Peace.

Khalilzad’s assessment of the conflict contradict assertions by Afghan authorities that insurgent violence has sharply risen to record levels after the US-Taliban deal, killing hundreds of government security forces and civilians.

He lamented, however, that the recent intensification in violence and a protracted prisoner swap between the Kabul government and the Taliban stand in the way of the opening of much-awaited peace negotiations between Afghan parties to the conflict. Both crucial next steps are stipulated in the U.S.-Taliban pact.

Khalilzad said the Trump administration was “not satisfied” with the current level of violence and was working with both Afghan adversaries to encourage them to reduce it further.

“I am hoping that as we move closer to intra-Afghan negotiations, which I hope will happen in the coming weeks, that violence will be less than it is now,” Khalilzad stressed.

A spokesman for the Afghan National Security Council, in an apparent response to Khalilzad’s remarks, tweeted Saturday that insurgent violence has not decreased.

“Taliban killed 46 civilians and wounded 93 in 401 terrorist activities in just one week. Peace requires commitment and will, which aren’t visible in the actions of the Taliban, said Javid Faisal.

The proposed dialogue is aimed at reaching a permanent cease-fire and a political formula for ending decades of hostilities in Afghanistan. But the opening of the dialogue is directly tied to the conclusion of the prisoner swap, as outlined in the February 29 accord.

Khalilzad said Friday that he was pleased to see the Afghan government had released more than 4,400 insurgent prisoners out of the promised 5,000 in its custody. In turn, the Taliban have released 861 from the objective of 1,000 Afghan forces, he added.

“Most of the distance has been traveled in this difficult road but the last mile remains very challenging,” the U.S. envoy said. He added that Washington was committed to working with both sides to help complete the prisoner release so that intra-Afghan negotiations could begin.

Khalilzad spoke a day after the Taliban announced that if the prisoner swap is concluded before the Muslim festival of Eid ul Adha starting July 31, the insurgent group was ready to engage in intra-Afghan talks immediately after the three-day festivities.

But the Afghan government has refused to free a last set of about 600 insurgent prisoners, saying they were involved in serious crimes, including killing innocent Afghans. The Taliban have denounced the charges as baseless, saying Kabul is using “lame excuses” to delay the peace process.

Washington has also repeatedly urged the Afghan leadership to wind up the prisoner swap to pave the way for the peace talks. The Taliban have ruled out participation in the talks until all their 5,000 prisoners are set free.

Khalilzad said that the United States has been delivering on its commitments since signing the agreement with the Taliban and has been reducing the number of U.S. forces to the level of 8,600 personnel, as well as vacating five bases in Afghanistan.

The remaining American troops and their coalition partners are required to withdraw by July 2021.

He elaborated that, among other commitments, the Taliban are required to prevent transnational terrorists from using insurgent-held Afghan territory for attacks against the U.S. and its allies. The insurgents, he added, have also committed to participate in the intra-Afghan talks and agree on “a comprehensive permanent cease-fire.”

5 thoughts on “US Sees Significant Decline in Fatalities Among Afghan Forces, Civilians”