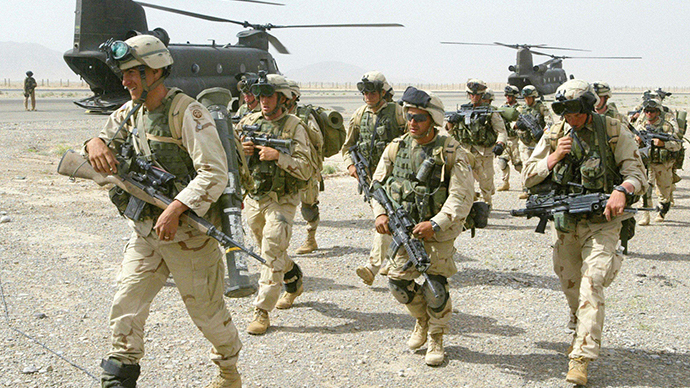 The United States’ two-decadeslong presence in Afghanistan is over.

A senior Taliban official told VOA, “All foreign occupation forces withdrew from the country moments ago.”

Word of the final U.S. flights came even as the White House and the Pentagon promised they would continue to help evacuate Americans and vulnerable Afghans from Kabul up until “the very end,” describing the evacuation as the largest airlift in U.S. military history.

“We continue to have the capability to evacuate and fly out those until the very end,” Army Major General William “Hank” Taylor, deputy director for regional operations for the Joint Chiefs of Staff, told reporters.

The White House and the Pentagon said that as of early Monday, a total of 116,700 people have been evacuated following the Taliban’s takeover earlier in August of Afghanistan, including 1,200 or so people flown out on 26 U.S. military flights and two coalition flights from Sunday into Monday.

White House press secretary Jen Psaki told reporters Monday that some 6,000 Americans have left Afghanistan during that time but “there are still a small number” who had yet to make it out.

“We are continuing to work to evacuate American citizens,” Psaki added. “Our commitment is enduring, and our commitment does not waiver, even as we bring our men and women from the military home.”

“The president has made clear to his commanders that they should stop at nothing to make sure that ISIS pays for the death of those American service members at the Kabul airport,” Psaki said, using another acronym for the group. “They have the authorities necessary.”

Still, both the White House and the Pentagon described the conditions on the ground during the final hours of the U.S. military-led evacuation as both fluid and dangerous, highlighted by an overnight rocket attack on the Kabul airport, also claimed by IS-Khorasan.

Defense officials said the attackers fired as many as five rockets at the airport. Three of them missed the airfield entirely, while a fourth landed at the airport without causing any significant damage.

A fifth rocket was taken out by U.S. defense systems at the airport, officials said.

“The threat stream is still real, it’s still active and in many cases, it’s still specific,” Pentagon press secretary John Kirby told reporters, adding, “We have to try to be as quick and as nimble as they are.”

In the meantime, the U.S. is also coming under increased criticism for some of its security efforts, including a drone strike Sunday in Kabul.

U.S. military officials say the strike killed IS-Khorasan operatives who were loading explosives into a vehicle with the intent of carrying out an attack on the airport, but media reports, including one by The New York Times, said the strike or secondary explosions killed as many as nine civilians, among them children.

Kirby on Monday stood by the initial assessment of an imminent threat but added the military is “not in a position to dispute” accounts that bystanders, including children, were killed.

“No military on the face of the Earth works harder to avoid civilian casualties than the United States military, and nobody wants to see innocent life taken,” he said. “We take it very, very seriously.”

As the U.S. deadline neared, U.N. High Commissioner for Refugees Filippo Grandi said Monday the Afghan people need governments, humanitarians and ordinary people “to stay with them and stay the course.”

“As people across the world welcome Afghans into their communities and homes, we cannot forget those who have been left behind,” Grandi said in a statement. “We must meet the critical humanitarian needs in Afghanistan and in countries around the region, and our response must be robust and urgent. Standing by the people of Afghanistan means standing by all of them, whether they have sought safety abroad or are picking up the pieces of their lives at home.”