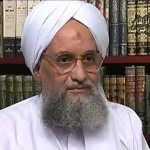 WASHINGTON/ISLAMABAD — Senior White House officials say they have concluded with “high confidence” that al-Qaida leader Ayman al-Zawahiri was the only one killed in a weekend drone strike in Kabul, and that they were aware that senior members of the Taliban’s Haqqani network knew he was in Afghanistan.

The Biden administration did not alert the Taliban ahead of the strike, the officials told reporters late Monday. They confirmed that the strike was conducted by an unmanned aerial vehicle, with no U.S. personnel on the ground.

U.S. President Joe Biden had announced Monday night that a U.S. missile strike over the weekend had killed one of the world’s most wanted terrorists.

For the past decade, Ayman al-Zawahiri headed al-Qaida, the Islamist terror group that spawned franchises around the world after the stunning attacks on U.S. soil on September 11, 2001.

“Now, justice has been delivered,” Biden said Monday night. “And this terrorist leader is no more.” He added: “We make it clear again tonight that no matter how long it takes, no matter where you hide, if you are a threat to our people, the United States will find you and take you out.”

The United States invaded Afghanistan shortly after the September 11 attacks, and al-Qaida leader Osama bin Laden was the prime target. U.S. forces killed him in Pakistan in 2011.

Al-Zawahiri, born in Egypt to a wealthy family and trained as a surgeon, took over the terror group in 2011. Before that, he was said to be bin Laden’s personal doctor.

The confirmation of his death came more than an hour after the Taliban rulers in Kabul said a missile attack on Sunday against a residential compound in the Afghan capital was the work of an American drone.

Senior White House officials told reporters Monday night that the operation targeted a house in Kabul with an unmanned aerial vehicle, with no U.S. personnel on the ground. Administration officials also said they concluded with “high confidence” that only al-Zawahiri was killed, and that they were aware that senior members of the Taliban’s Haqqani network knew he was in Afghanistan. Officials said they did not alert the Taliban ahead of the strike.

“The Islamic Emirate of Afghanistan strongly condemns this attack on whatever the pretext,” Taliban spokesman Zabihullah Mujahid said in a statement, using the official name for the Taliban government.

He denounced the strike as a “blatant violation of international principles and the Doha agreement,” referring to the 2020 talks that Taliban leaders held with the United States and Western leaders in Qatar over the withdrawal of U.S. and allied troops the subsequent year.

The safe house sheltering the al-Qaida chief is located in the Sherppor upscale neighborhood of Kabul and the Taliban Haqqani network was aware of it, said a U.S. official.

“We identified Zawahiri on multiple occasions for sustained periods of time on the balcony where he was ultimately struck,” the official added. The slain terror leader had a $25 million U.S. bounty on his head.

Pictures circulating on social media showed shattered windows of a multiple story pink home, its walls topped with rolls of barbed wires. VOA could not immediately ascertain the veracity of the pictures.

Sherpoor houses large palatial houses, some with swimming pools, that were built by former Afghan government officials, warlords, generals, among other influential figures, involved in corruption. Most of them fled the country last August when the Taliban captured Kabul.

The posh neighborhood is located next to a diplomatic area housing foreign embassies.

U.S. officials said senior Haqqani Taliban figures were aware of Zawahiri’s presence in the area, but they did not name anyone.

Taliban Interior Minister Sirajuddin Haqqani, who also carries $10 million U.S. bounty on his head, and his group of militants known as the Haqqani network, maintained close ties with al-Qaida leaders while fighting against U.S.-led international forces in Afghanistan.

“In the morning, I wanted to go to university when I heard two explosions one after the other,” said Ahmad Milad told the local TOLO news.

Journalists in the Afghan capital rushed to the scene but Taliban authorities blocked them from entering the area.

The Taliban took control of Afghanistan on August 15 as the U.S.-led foreign troops withdrew and the Western-backed government in Kabul and its security forces collapsed in the face of the stunning nationwide Taliban assault.

U.S. officials have been in contact with Pakistani leaders to seek an “over-the-horizon” facility to conduct counterterrorism operations in landlocked Afghanistan after American troops left the country and the Taliban took over.

The U.S.-led military coalition invaded Afghanistan in October 2001 and dislodged the then-Taliban government in Kabul to punish it for harboring the al-Qaida terror network. Bin Laden and al-Zawahiri escaped the international military action.

The U.S.-Taliban agreement also required the Islamist group not to allow any terrorist organization, including al-Qaida, to pose a threat to the security of the United States and other countries from Afghan soil.

“By hosting and sheltering the leader of al Qaida in Kabul, the Taliban grossly violated the Doha Agreement and repeated assurances to the world that they would not allow Afghan territory to be used by terrorists to threaten the security of other countries,” U.S. Secretary of State Antony Blinken said in a statement. “They also betrayed the Afghan people and their own stated desire for recognition from and normalization with the international community.”

Recent United Nations assessments suggested that al-Qaida, boosted by leadership stability and the Taliban takeover of Afghanistan, appeared to be positioning itself to once again be the world’s preeminent terror group and the greatest long-term threat to the West.

Intelligence shared by United Nations member states and published in a new report earlier this month found al-Qaida was enjoying a degree of freedom under Taliban rule, allowing its leadership to communicate more often and more easily with affiliates and followers. The report further concluded that al-Zawahiri, long rumored to be in ill health or dying, was “alive and communicating freely.”

The U.N. report similarly cautioned that while al-Qaida may be better positioned, it is likely to refrain from launching external attacks in order to not embarrass Afghanistan’s Taliban rulers and because the al-Qaida core still lacks “an external operational capability.”

Analyst Bradley Bowman, senior director of the Center on Military and Political Power at the Foundation for Defense of Democracies, said it is important for the United States to cut out terror groups at their roots.

“The goal is to keep pressure on terrorists over there so they don’t have the ability to kill us here,” he said. “Every policy decision in Washington should be judged, at least in part, by that metric.”

“This is an important accomplishment,” the Texas senator said in a statement. “All Americans will breathe easier today knowing Ayman al-Zawahiri, the leader of Al-Qaeda, has been eliminated. This strike should be a message to terrorists near and far: if you conspire to kill Americans, we will find and kill you.”

Former U.S. President Barack Obama praised the intelligence community and counterterrorism personnel, and said the strike “is also proof that it’s possible to root out terrorism without being at war in Afghanistan.”

“And I hope it provides a small measure of peace to the 9/11 families and everyone else who has suffered at the hands of al-Qaeda,” Obama added on Twitter.

Saudi Arabia’s foreign ministry said, “Zawahiri is considered one of the leaders of terrorism that led the planning and execution of heinous terrorist operations in the United States and Saudi Arabia.”

Biden said the killing could lead to a new era.

“Now we have eliminated the emir of al-Qaida,” he said. “He will never again – never again – allow Afghanistan to become a terrorist safe haven because he’s gone and we’re going to make sure that nothing else happens. You know, it can’t be a launching pad against the United States. We’re gonna see to it that won’t happen.”