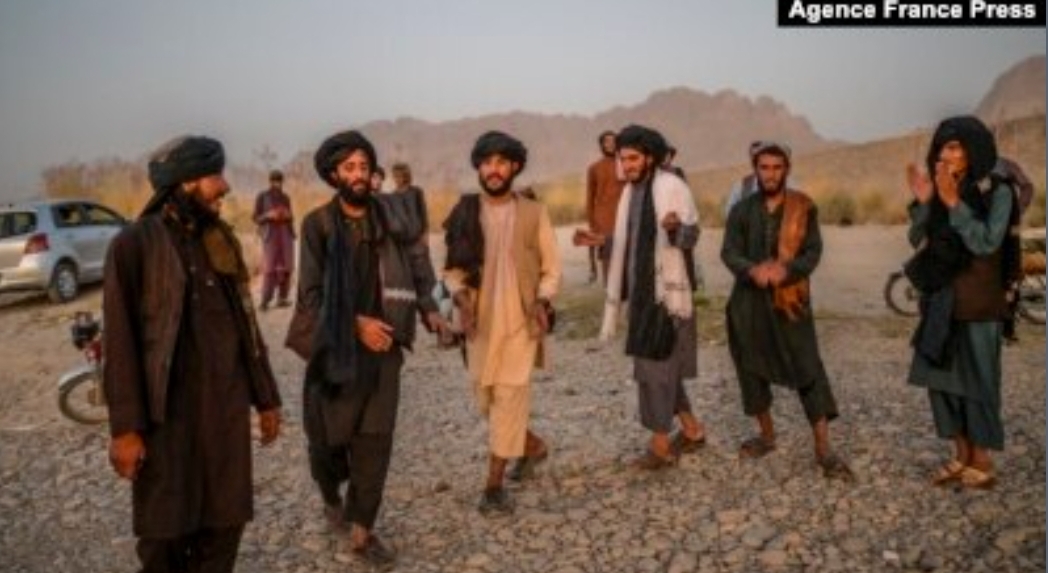 The Taliban’s Finance Ministry wants its employees to be more than number crunchers — it’s requiring that everyone in its ranks must pass a test of faith to stay employed.

A source within the ministry has provided RFE/RL’s Radio Azadi with a letter detailing orders for all employees to be given a test to gauge their knowledge of Islam. The letter, which bore Taliban stamps and insignias and was signed by officials, was delivered by the ministry’s Directorate of Invitation and Guidance.

It says all ministry employees are required to take the test, which appears to be based on a 10-page booklet that covers issues related to Islam. The booklet, which was reviewed by RFE/RL, addresses 53 topics, ranging from asking to describe the five pillars of Islam are to explaining the difference between a prophet and a messenger of God to describing the signs that Judgment Day has arrived.

Question:
What are the signs of Judgment Day?

Answer:
1. When there is a lot of sin on Earth.
2. When people disobey their parents.
3. When trust is betrayed.
4. When instruments and songs, dancing, and stomping increase.
5. When ignorant and ineffective people become rulers.
6. When ignorant people are appointed to high positions.

Question:
Regarding those who worship other things than God Almighty or who worship more than one god. What is said about such people?

Answer:
These people are called polytheists.

Answer:
No, sins will not be forgiven and will always be punished by God Almighty.

Question:
What is said about a person who does not accept God Almighty?

Answer:
He is said to be an infidel.

According to the ministry source, who did not give his name due to fears of retribution, the booklet is being distributed to employees before they take the test. One ministry employee, also speaking on condition of anonymity, wrote by text message that he took the seven-question test last week and was awaiting the results.

Finance Ministry spokesman Ahmad Wali Haqmal did not respond to questions about the test and booklet.

During its first stint in power from 1996 to 2001, the Taliban also tested the religious knowledge of state employees who were not members of the hard-line group. But this is the first time the Taliban has quizzed public employees since it regained power in August 2021.

In July, the Finance Ministry requested that female employees send a male relative to work in their stead, in keeping with the Taliban government’s decision to bar most women from working in the public sector and government. Only women in the health and education sectors are permitted to work.

The ministry said it had made the request in order to speed up processes and reduce pressures on employees.

The Taliban has repeatedly said that statements related to its extremist interpretation of Islam are not orders or policy, but should be taken as advice. It has also consistently denied claims that women as well as ethnic and religious minorities are being harassed and discriminated against.

But shortly after regaining power, the Taliban reintroduced a number of policies that harkened back to its brutal regime in the 1990s.

The Taliban closed the Women’s Affairs Ministry and announced that the ministry building would be used to house the reestablished Ministry for the Propagation of Virtue and Prevention of Vice. That ministry oversees the Taliban’s notorious morality police, which enforces dress and behavioral codes that require women to cover their faces and restricts their rights to move freely, work, or receive an education.

The Taliban has also targeted men. It has ordered male government employees to grow beards and wear traditional attire or risk being fired. In some areas, men have been forced to attend prayers.

While the Taliban pledged upon seizing power to form an inclusive government, there are no women in ministerial positions. Rights groups have also criticized the Taliban, a predominately Sunni and Pashtun group, for targeting religious minorities, such as Sufis and Shi’a, and sidelining other ethnic groups.