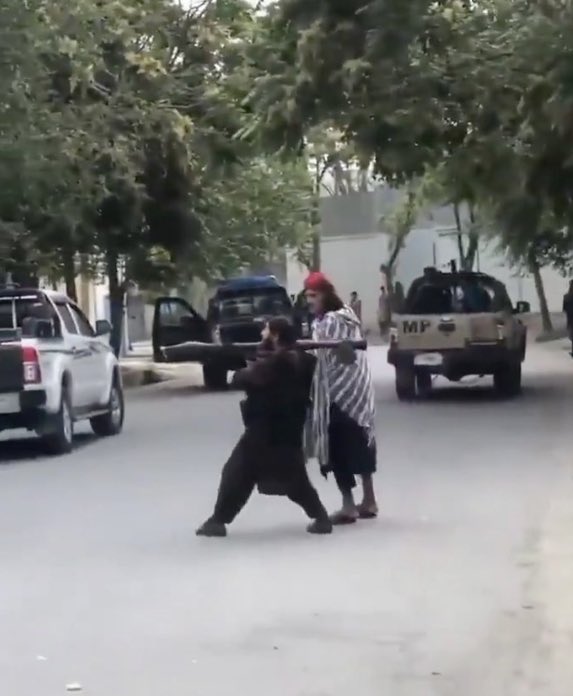 A UN human rights expert says conditions in Afghanistan under Taliban rule indicate a “descent towards authoritarianism” and called for radical changes to stop the trend.

“The severe rollback of the rights of women and girls, reprisals targeting opponents and critics, and a clampdown on freedom of expression by the Taliban amount to a descent towards authoritarianism,” Richard Bennett, the UN special rapporteur on the human rights situation in Afghanistan, told a UN Human Rights Council meeting in Geneva on September 12.

The mandate to monitor human rights violations in Afghanistan was established by the council almost a year ago after the Taliban takeover last August and is now up for renewal.

A year after the Taliban took power in Afghanistan, teenage girls are still barred from school and women are required to cover themselves from head to toe in public, with only their eyes showing. Hard-liners appear to hold sway in the Taliban-led government, which imposed severe restrictions on access to education and jobs for girls and women, despite initial promises to the contrary.

On September 10, Taliban authorities shut down girls’ schools above the sixth grade in eastern Afghanistan’s Paktia Province, according to witnesses and social media posts. The schools had briefly opened after a recommendation by tribal elders and school principals.

Earlier this month, four girls schools above grade 6 in Gardez, the provincial capital, and one in the Samkani district began operating without formal permission from the Taliban Education Ministry.

On September 10, all five schools were once again closed by the Taliban, sparking protests.

Several videos of the demonstration circulated on social media. In one of them a student asks: “Why did you play with our feelings and why did you send us back to our homes disappointed?” She described herself and other girls as “oppressed people.”

Maulvi Monib, the head of education in Paktia Province, declined to answer Radio Azadi’s questions about the demonstration and the closing of the schools. He said that he was traveling and would provide information about it later.

The chief spokesman for the Taliban-led government, Zabihullah Mujahid, said in a press conference that authorities are investigating the issue of who ordered the opening of schools in Paktia Province.

With reporting by RFE/RL’s Radio Azadi