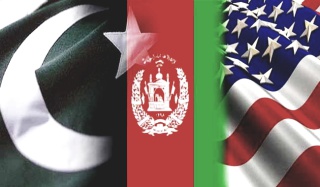 The United States is allowing Pakistan to rejoin a military training program following a two-year suspension — representing one element of U.S. military assistance frozen by President Donald Trump after accusing Islamabad of not doing enough to stop terrorism.

The decision announced on December 23 reflects an easing of previously tense relations between the two countries following Imran Khan’s rise to the premiership of the nuclear-armed Southeast Asian nation.

Trump hosted the Pakistani prime minister at the White House in July, and Washington has several times welcomed Islamabad’s help in peace talks with the Afghan Taliban.

The military assistance was frozen before Khan’s election in August 2018.

The United States in September 2017 announced that it planned to suspend military assistance to Pakistan until it took stronger steps to crack down on what Trump called “safe havens” for anti-Afghanistan militant groups.

Pakistan denied it harbored terrorists and has said the United States was using Islamabad as a “scapegoat” for its own failure to win the nearly 18-year war in Afghanistan.

She added that Washington “has approved the resumption of the International Military Education and Training (IMET) program for Pakistan as one such exception, subject to congressional approval.”

Congressional committees with jurisdiction over the process did not immediately comment on the administration’s decision.

Suspension of Pakistan’s participation in IMET led to the loss of 66 slots generally allocated to the Pakistani military in the educational program, according to Reuters.

“IMET provides an opportunity to increase bilateral cooperation between our countries on shared priorities. We want to continue to build on this foundation through concrete actions that advance regional security and stability,” the U.S. spokewoman said.

The U.S. and Pakistani militaries have long had close ties, with Washington seeing Islamabad as a counter to China’s power in the region.

With reporting by AFP, Reuters, and defence.pk