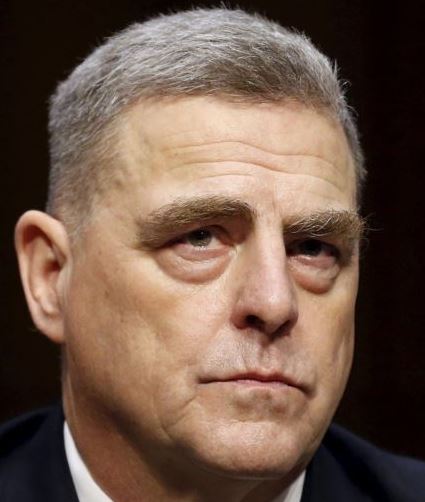 Top U.S. military officers have told Congress that they overestimated the Afghan Army’s strength and believed the United States should have kept at least several thousand troops in the country to prevent a rapid takeover by the militant Taliban.

In the highly-anticipated hearing on September 28, General Mark Milley told the Senate Armed Services Committee that it was his personal opinion that at least 2,500 U.S. troops were needed to guard against a collapse of the Kabul government.

General Frank McKenzie, who had overseen the final months of the U.S. war effort in Afghanistan, said he agreed with Milley’s assessment.

Both declined to say what they had recommended to President Joe Biden, who has faced blowback from Republicans for the disastrous pullout of U.S. troops from Afghanistan at the end of August.

Biden initially called for all troops to be removed by September 11, the anniversary of the terrorist attack on the United States by Al-Qaeda that triggered the U.S. invasion of Afghanistan twenty years earlier. He later moved the date forward to August 31.

During the hearing, Defense Secretary Lloyd Austin defended the military’s execution of the chaotic airlift from Kabul that resulted in the death of 13 U.S. soldiers when a terrorist blew himself up outside the city’s airport.

Austin also said it would be “difficult but absolutely possible” to contain future threats emanating from Afghanistan without troops on the ground.

Milley cited “a very real possibility” that Al-Qaida or the Islamic State group’s Afghanistan affiliate could reconstitute in the country under Taliban rule and present a terrorist threat to the United States in the next 12 to 36 months.

Al-Qaeda used Taliban-ruled Afghanistan as a base from which to plan and execute its attacks on the United States on September 11, 2001.

Austin told the hearing that U.S. military leaders mistakenly believed that the Afghan Army it built and trained for two decades would put up a fight against the Taliban.

“We helped build a state, but we could not forge a nation,” he told the Senate Armed Services Committee. “The fact that the Afghan Army we and our partners trained simply melted away – in many cases without firing a shot – took us all by surprise. It would be dishonest to claim otherwise.”

Milley said that, in his judgment, the U.S. military lost its ability to see and understand the true condition of the Afghan forces when it ended the practice some years ago of having advisers alongside the Afghans on the battlefield.

“You can’t measure the human heart with a machine, you have to be there,” Milley said.

With reporting by Reuters AP

« Clarissa Ward is in Kabul. Here’s what she’s seeing
It’s time to pull the plug on our toxic relationship with Pakistan »