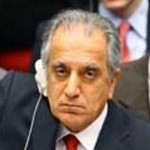 A senior U.S. envoy for Afghanistan on September 22 warned that violence there remains unacceptably high and Washington expects more setbacks in ongoing peace talks between Taliban militants and the Afghan government.

He was speaking at a hearing in the U.S. House of Representatives.

“By any measure, current levels of violence are too high,” Khalilzad said. “We know that reductions are possible.”

The talks follow a February agreement between the Taliban and the United States allowing U.S. forces to withdraw in exchange for Taliban promises on terrorism.

But the militant group has refused to agree to a cease-fire, and the violence in Afghanistan continues.

In recent months, the Taliban has pledged to respect women’s rights under Shari’a law, but many educated women who have grown up since the Taliban were ousted in 2001 for harboring Al-Qaeda leader Osama bin laden have doubts.

At the September 22 House hearing, Democrats asked Khalilzad about the possibility that after 20 years of war, billions of dollars, and thousands of deaths, the withdrawal of U.S. forces could end education for Afghan girls.

“I want to assure the Afghan women that we will be with them,” Khalilzad said.

Since the talks opened in Qatar on September 12, the two sides reportedly remain far from agreement on virtually every issue.

“While we have reasons to be hopeful, we are under no illusions about the challenges ahead…. We expect that there will be setbacks and obstacles,” Khalilzad said.

He added that Washington and allies were looking at an agreement between Afghanistan and Pakistan so that neither side’s territory would be used to attack the other.

“We’re hoping that by the time that these other negotiations are over, we could also achieve success in that regard,” Khalilzad, who recently returned from Doha, said.