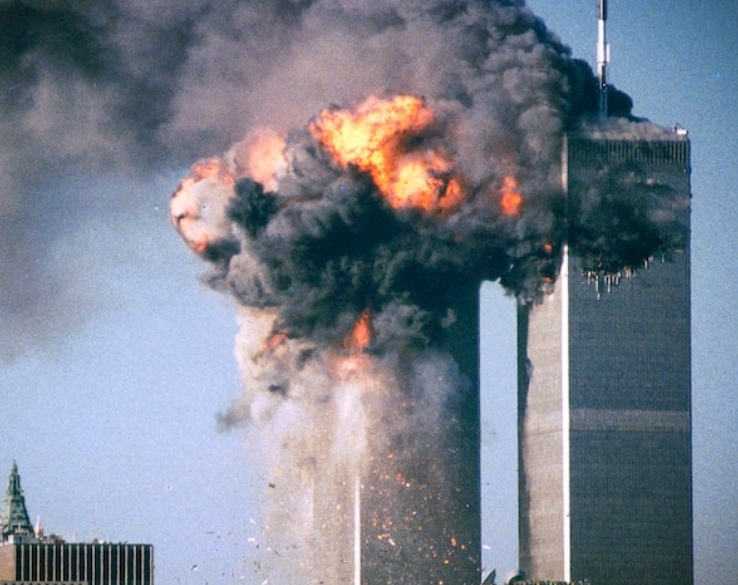 WASHINGTON – Masjeda Mehirdel was only 11 when nearly 3,000 people were killed in the September 11, 2001, terrorist attacks on the United States. She was born and raised in an Afghan American household in Queens, New York.

She recalls how her parents were relieved when former U.S. President George W. Bush’s administration invaded Afghanistan in 2001, in an effort to dismantle al-Qaida training camps. The Taliban provided a safe harbor in Afghanistan for Osama bin Laden, the mastermind of the September 11 terror attacks.

Her parents hoped the invasion would be the beginning of a new chapter for democracy in their homeland, historically ravaged by conflict. She said they even attended a bonfire event in Queens, where they gathered around a firepit and celebrated what they considered to be the demise of the Taliban and their draconian rule.

“The whole neighborhood came,” she said, remembering the festive environment at the time. “Stores were open ‘till late night serving free food. They all did the traditional dance.”

Twenty years later, that sense of optimism has been replaced by a sense of having been let down, she said.

In February 2020, the United States and the Taliban reached a peace agreement, paving the way for U.S. troops to leave Afghanistan.

Mehirdel, who has extended family members in Afghanistan, said she believes last month’s Taliban takeover of Afghanistan was possible because the U.S. withdrew its troops from the country prematurely.

“We give our votes for presidency every four years in hopes of our voice to be heard. We do protest in hopes our voices to be heard but we didn’t expect [the U.S.] to just leave us to a bunch of craziness back there,” she said characterizing the chaotic scenes of the exit from Afghanistan.

Mehirdel isn’t alone in expressing such a sense of betrayal. Other Afghan Americans have voiced their anger and frustration on social media about the U.S. decision to withdraw its military and diplomatic personnel from Afghanistan last month.

The country as a whole supports pulling troops out of Afghanistan, with 54% U.S. adults calling it the right decision and 42% saying it was wrong, according to a Pew Research Center survey from August 23-29. The same survey found Americans critical of how the withdrawal was handled, with only 26% saying the Biden administration did an excellent or good job, 29% calling it fair and 42% calling it a poor job.

The Taliban took control of most of the country days before the last U.S. soldier left Afghanistan on August 31.

U.S. President Joe Biden has defended his administration’s decision to withdraw forces. He blamed the Afghan government for its failure to resist the Taliban.

“American troops cannot and should not be fighting in a war and dying in a war that Afghan forces are not willing to fight for themselves,” he said in a televised address on August 16, after the Taliban had taken control of the capital, Kabul.

“We spent over a trillion dollars. We trained and equipped an Afghan military force of some 300,000 strong — incredibly well equipped — a force larger in size than the militaries of many of our NATO allies,” he said.

Ahmad Wais Wardak is an Afghan American professor who has taught political science at the U.S. Coast Guard Academy in New London, Connecticut. He says the world may now have no choice but to deal with Taliban as a legitimate entity.

“If the U.S. and the European countries did not recognize the Taliban and the economic sanctions were put on the Taliban, there is a fear that Afghanistan, under the new version of the Taliban, will be more appealing to the jihadist groups around the world, turning Afghanistan yet again into a narcotics state and a hub for terrorist organizations from around the world,” he told VOA.

Opium poppy has long been cultivated in Afghanistan, one of the world’s largest producers of illicit opium, for use in making heroin. Despite the Taliban’s continued public opposition to drug trafficking, the production and trafficking of poppy based drugs and methamphetamine “remains the Taliban’s largest single source of income,” according to a United Nations report published in June.

The Taliban has attempted to project themselves as a normal government to the world, sending representatives to China, Russia and other countries to persuade them to support their interim government. Although the United States had been engaged in peace negotiations with the group for years, American officials have not publicly met Taliban leaders since the group reclaimed power.

The Taliban recently appointed a U.S.-designated terrorist named Sirajuddin Haqqani as its interim interior minister. In an announcement still available on the FBI’s website, the U.S. State Department has for years offered a $10 million reward for information leading to Haqqani’s arrest.

With hundreds of Americans, other Western nationals, and their Afghan allies still trapped in Taliban-controlled regions, some experts are warning Washington about the consequences of negotiating with the group to secure their release.

“The administration, for its part, should not capitulate to the Taliban’s demands; it should make clear that any attempt to impede the continued departure of U.S. citizens, other Westerners, or Afghan allies will be met with force,” wrote three analysts Monday with the Washington-based Foundation for the Defense of Democracies in Foreign Policy.

In recent days, women have been seen protesting the Taliban’s all-male rule in several Afghan cities.

Delawar Faizan, who served as a senior government official under former Afghan President Ashraf Ghani, says the Taliban won’t be able to control Afghanistan the same way it did in the past.

“In the last 20 years, we have had both physical and capacity building,” he said. “Now, there are hundreds or thousands of people who have had their Ph.D.s and master’s from Australia, Canada, U.K., and America. [The] Taliban could not manage these people like they did 20 years back,” he said.

Thousands of people, including Mehirdel’s aunt, have fled Afghanistan in recent weeks, fearing a worsening security situation. Mehirdel says she still hopes to visit her ancestral homeland one day.

“I will go one day, and I promised myself I will, and the thing is, I think no one should lose hope,” she said. “Every storm comes with calmness.”