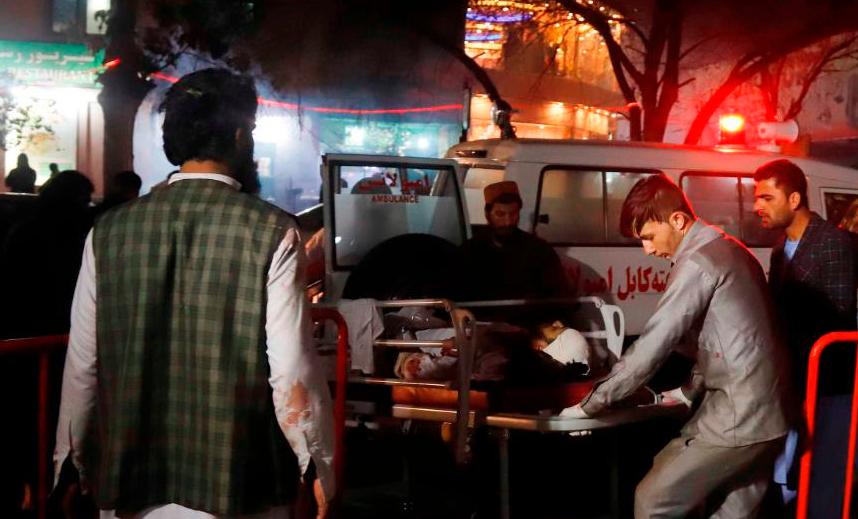 Afghan authorities are working to identify those responsible for a suicide bombing that killed at least 55 people and wounded scores more who were attending a religious gathering in Kabul.

The victims included religious scholars from all over Afghanistan, invited by the Ulema Council to celebrate the birth anniversary of Prophet Muhammad on November 20.

“As of now we don’t know which militant organization could be behind the attack. Investigations are at a preliminary stage,” a senior investigator who was at the site said on November 21.

The Ulema Council, the country’s largest religious organization, brought together scholars from the Sunni sect.

Though Sunni themselves, Taliban and Islamic State fighters have targeted religious scholars aligned with the Afghan government in the past.

But the Taliban quickly denied any involvement, and spokesman Zabihullah Mujahid said late on November 20 that his group condemned any attack on civilians or religious clerics.

The U.S. ambassador to Kabul, John Bass, tweeted that he was “sickened and saddened by tonight’s terror attack.”

The United Nations Assistance Mission in Afghanistan said it was “outraged by Kabul bombing when communities across Afghanistan are marking day of special religious significance.”

Last week, Taliban leaders met U.S. special envoy Zalmay Khalilzad at their political headquarters in Qatar in an effort to pave the way for peace talks. The three-day meeting was the second in the past month.

Khalilzad has declared a deadline of April 20 — when Afghanistan’s presidential election falls due — to end the war, but the country’s security situation has worsened since NATO formally ended combat operations in 2014.

With reporting by AFP, AP, and Reuters