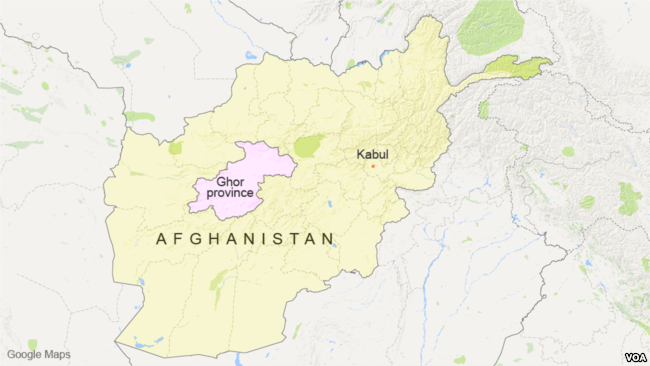 Three family members of a slain journalist in western Afghanistan have been shot dead by gunmen amid a rising wave of killings targeting journalists and civil society activists.

At least five others were wounded in the attack late on February 25 on the home of Afghan journalist and activist Bismillah Adil Aimaq, Ghor provincial council member Hamidullah Mutahid said on February 26.

An official at the Afghan Interior Ministry, speaking on the condition of anonymity, said the five wounded were all children.

Ghor provincial governor Noor Ahmad Kohnaward blamed the Taliban for killings, without providing any details to back up his claim.

Taliban spokesman Zabihullah Mujahid denied any involvement of the militant group in the attack, which has not been claimed by any group.

Aimaq was shot dead in an unclaimed attack nearby Ghor on New Year’s Day.

The campaign of targeted killings against journalists and civil society activists comes as the Afghan government and Taliban negotiators have resumed difficult talks in Qatar toward a tentative peace deal.

Most attacks remain unclaimed and have pushed Afghan reporters toward self-censorship, immigration, or quitting their jobs.

A United Nations report released last week says that at least 11 human rights defenders and journalists were killed in targeted attacks in Afghanistan between September and the end of January 2021.

The Afghan media advocacy organization Nai said in a statement on February 26 that the government should investigate the wave of attacks on journalists.

Based on reporting by AP and TOLOnews