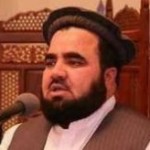 Three people, including a senior cleric, were killed and at least 20 wounded in an explosion during prayers at a mosque in the Afghan capital of Kabul.

Afghan Interior Ministry spokesman Nasrat Rahimi told RFE/RL’s Afghan Service that among the dead was prayer leader Mawlawi Raihan, a supporter of the Western-backed government, in the May 24 explosion.

Jan Agha, a district police official, was quoted by the AP news agency as saying the bomb was apparently planted in the microphone used by the mosque leader during Friday Prayers.

No militant group immediately claimed responsibility for the attack but both the Taliban and the Islamic State group regularly stage attacks in the country’s capital.

“Our initial information on the incident shows that the Taliban terrorist group was behind the attack,” Rahimi said.

The Kabul neighborhood where the bombing took place is dominated by ethnic Pashtuns, most of whom are Sunni Muslims.

The attack rattled the community, which was in the midst of celebrating the 19th day of Ramadan.

“No Muslim is allowed to kill another Muslim, especially during Ramadan. This is a great sin,” said Kabul resident Ghulam Haidar.

Raihan was relatively well-known in Kabul, as he appeared frequently on religious shows broadcast on local TV.