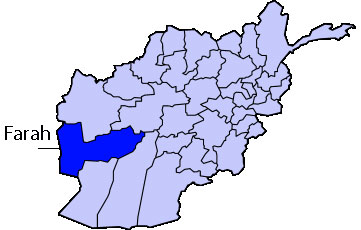 Ongoing offensives by the Taliban militants in Afghanistan have forced thousands of civilians to flee their homes across the country.

The Taliban on Tuesday captured Farah City in western Afghanistan, the seventh provincial capital to fall to them since Friday.

“This afternoon, the Taliban entered the city of Farah after briefly fighting with the security forces. They have captured the governor’s office and police headquarters,” Shahla Abubar, a member of Farah’s provincial council, said.

Tens of thousands of people also fled their homes in the north for the relative safety of Kabul and other urban centers as the militants focused on the major city of Mazar-i-Sharif, whose collapse would give the Taliban total control over northern Afghanistan.

The Taliban earlier claimed they were closing in on Mazar-i-Sharif after capturing Sheberghan to its west, and Kunduz and Taloqan to its east. But Fawad Aman, spokesman for the Afghan Ministry of Defense, said Afghan government forces had the upper hand there.

The Indian consulate in Mazar-i-Sharif, however, called on its nationals to board a “special flight” scheduled for later in the day.

In the northern city of Kunduz, which was captured by the Taliban over the weekend, residents said the militant focused their attention on government forces who had retreated to the airport. Witnesses and local residents living close to the airport reported days of heavy fighting in the area.

In another development, the Afghan forces in Pul-e Khumri, the capital of Baghlan Province, were also surrounded as Taliban closed in on the town at a main junction on the road to Kabul.

Following the capture of Aibak, the capital city of the north-central province of Samangan, on Monday, the Taliban militants have now captured seven out of the 34 provincial capitals in Afghanistan in less than a week. They are now battling the government for control of the southern provinces of Kandahar and Helmand.

To contain Taliban advances, Afghan President Ashraf Ghani and a group of political leaders on Tuesday agreed to form a joint command center to mobilize regional militias and public uprising forces against the militants. The presidential palace said the center would oversee rapid equipment and mobilization of the forces in various part of Afghanistan. The command center will have key political leaders as its members.

Ghani has also appealed to civilians to defend the country’s “democratic fabric.”

Meanwhile, the European Union (EU) said on Tuesday that it sought to prevent Afghanistan from slipping into a state of civil war, becoming an even bigger producer of drugs or a source for a “massive flow of migration.”

The United States has been withdrawing foreign forces from Afghanistan in a hasty plan that was devised after two decades of war and occupation. Pentagon spokesman John Kirby said it was down to the Afghan government and its forces to turn the tide, and there was “not much” the United States could do to help.

In a last-ditch effort, Washington’s special envoy Zalmay Khalilzad was, however, in Qatar to try and convince the Taliban to accept a ceasefire. The State Department said he “will press the Taliban to stop their military offensive” and to “help formulate a joint international response to the rapidly deteriorating situation.”

Fighting between the Taliban militants and Afghan government forces has significantly soared since May, when the US-led military coalition started the troop withdrawal.