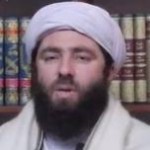 Ariana: Thousands of people attended the funeral Saturday of a popular Herat Imam, Mawlavi Mujeeb-ur-Rahman Ansari, who was killed in a suicide bombing at a mosque on Friday. Mawlavi Ansari was killed along with 19 others at the Guzargah Mosque, officials said. ISIS (Daesh) claimed responsibility for this deadly attack. Click here to read more (external link).