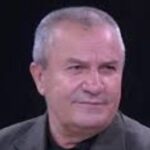 Al Jazeera: The Taliban have released a prominent university professor and outspoken critic of successive Afghan governments who was arrested during the weekend, a family member said. Hasina Jalal, Faizullah Jalal’s daughter, said on Tuesday that her father had been freed from Taliban custody. The group had accused him of making provocative remarks against the government. Click here to read more (external link).