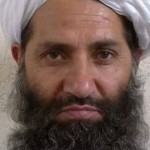 1TV: Taliban leader Hebatullah Akhundzada said on Thursday the United States had raised a cloud of uncertainty and doubts about its intentions in peace talks. In a message released to mark the coming Eid al-Adha, Akhundzada said that the Taliban is enaging in the negotiations with “utmost seriousness,” and called on US to pursue the process with sincerity to end the “eighteen-year tragedy.” Click here to read more (external link).