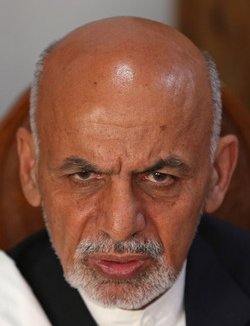 MOSCOW, August 21 (Sputnik) – Several missiles were fired at Kabul during the speech of Afghan President Ashraf Ghani on the occasion of the Eid al-Adha Muslim holiday, local media reported Tuesday.

According to the TOLOnews broadcaster, the attack occurred at 09:00 local time (04:30 GMT). The rockets were fired at the Presidential Palace and the Green Zone, city’s government district, where embassies of many countries are located. “There are groups that continuing the violence and with firing of rockets they cannot stop the people of Afghanistan’s development,” Ghani said in response to the attacks, as quoted by the broadcaster.

The media outlet later added citing sources that the rockets had been launched by a group of militants from the capital’s Eidgah Mosque area. Afghan security forces killed two attackers, clashes continue.

Afghanistan’s government forces have long been fighting Taliban insurgency, as well as the Islamic State terrorist group (IS, outlawed in Russia), with the Afghan National Defense and Security Forces conducting joint counterterrorist operations across the country.

On Sunday, Ghani announced a ceasefire with the Taliban to mark the Eid al-Adha Muslim holiday. The president said the truce would begin on Monday and would last for three months. Ghani noted, however, that the ceasefire would only be in place if the Taliban adheres to it.