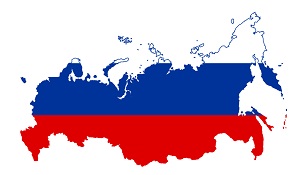 Russia has urged Tajikistan and Taliban-ruled Afghanistan to take “mutually acceptable measures” to resolve tensions along the Tajik-Afghan border amid reports of an increased military build-up on both sides.

Tajik President Emomali Rahmon has refused to recognize the Taliban-led government and condemned the militant group for alleged human rights abuses in the Panjshir Valley, which was the last pocket of resistance to the group.

The Taliban has accused Dushanbe of meddling in Afghanistan’s internal affairs.

Ethnic Tajiks make up more than a quarter of Afghanistan’s 38-million population, but the Taliban is predominately Pashtun, the largest ethnic group in the war-torn country.

Last week, Rahmon reiterated his previous calls for the Taliban to form an inclusive government in Afghanistan with the participation of all political and ethnic groups in order to allay tensions.

Russia is “concerned about the growing tension in Tajik-Afghan relations against the background of the mutually acrimonious statements by the leaders of both countries,” Foreign Ministry spokesman Alexey Zaitsev told reporters in Moscow on October 1.

Zaitsev said the Taliban has revealed that tens of thousands of fighters have been deployed in the northeastern province of Takhar, which borders Tajikistan.

Russian RIA news agency cited Taliban spokesman Bilal Karimi as denying the movement was building up its forces at the Tajik border.

Tajikistan’s Foreign Ministry did not immediately respond to the comments.

Taliban spokesman Zabiullah Mujahid last week said that members of the Taliban’s special forces unit had been deployed to Takhar to beef up security in the region.

Mujahid added that Taliban fighters took over an airport in the neighboring Afghan province of Kunduz, which also borders Tajikistan.

During the Taliban’s lightning military offensive in July, Tajik Foreign Minister Sirojiddin Muhriddin expressed concern as the militants seized large swaths of territory near the border with the Central Asian nation.

Since then, the alliance has staged military drills in Tajikistan and Kyrgyzstan.

Russia and Uzbekistan, which also borders Afghanistan, have also held joint exercises near the Uzbek-Afghan border.

With reporting by TASS, Interfax, RIA Novosti, and Reuters

« Iran & the Taliban’s Afghanistan: Will they share — or fight over — water?
Qatar FM Calls Ban on Girls Education a Step Backward »