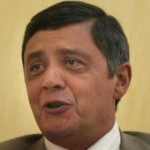 Russia’s special envoy to Afghanistan said that Taliban representatives have been invited to Moscow for talks later this month on the country’s future.

Zamir Kabulov was quoted by Russian news agencies as saying that the talks were planned for October 20 but did not provide further details.

Asked by Russian journalists whether Taliban representatives would be invited to the negotiations involving China, India, Pakistan, and Iran, Kabulov said: “Yes.”

The meeting will follow a G20 summit scheduled for next week that is aimed at helping Afghanistan avoid a humanitarian catastrophe in the aftermath of the Taliban takeover.

Moscow hosted a conference on Afghanistan in March, which was attended by the United States and China as well as Pakistan.

The attendees released a joint statement calling on the then-warring Afghan sides to reach a peace deal. It also called on the Taliban not to launch any offensives in the spring and summer.

Since then, Taliban fighters have swept to power, taking control of the capital Kabul after the government collapsed and amid a chaotic withdrawal by U.S. forces and their allies.

Moscow has moved to engage with the Taliban but stopped short of recognition of the group, which is considered a banned terrorist organization within Russia.

Among other things, Moscow is worried about instability or violence spilling into neighboring Central Asian countries. In response, Russia staged military exercises in Tajikistan and reinforced equipment at a military base there.

Based on reporting by TASS and Interfax

« Two Decades After Start Of U.S. War On Terror, Al-Qaeda Is Down But Not Out
SIGAR to probe allegations that Ghani took money from country »