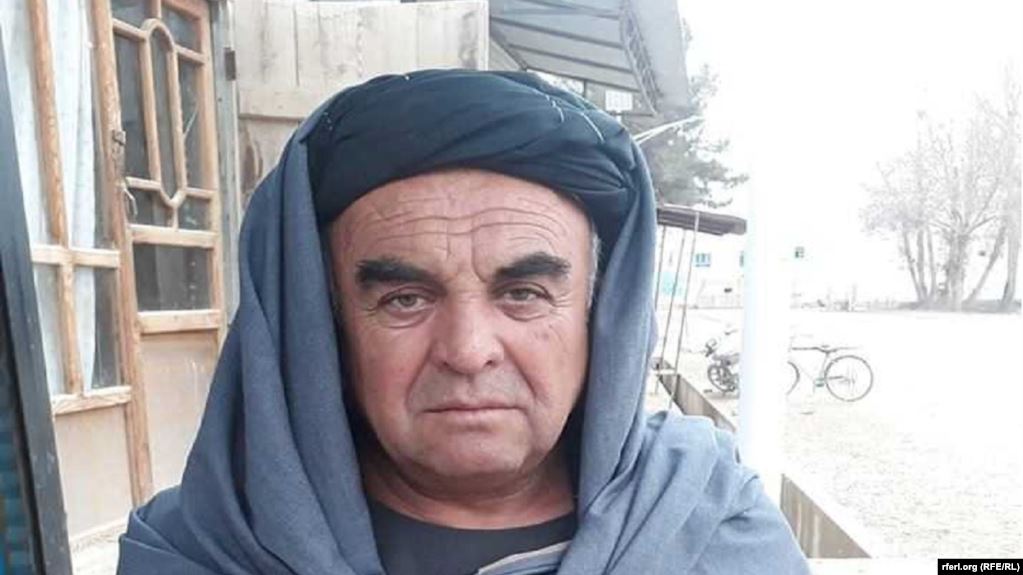 Baz Muhammad was killed by his own son’s Taliban unit just hours after speaking to RFE/RL’s Radio Free Afghanistan.

SHEBERGHAN, Afghanistan — A pro-government commander in Afghanistan has been killed in a battle against a group of Taliban fighters that included his own son.

The battle also involved two Afghan brothers who fought on opposite sides – a pro-government militia fighter who was killed and his brother, a Taliban militant, who was wounded and escaped from the battlefield.

The overnight battle in Afghanistan’s northern province of Jowzjan took place just hours after the slain commander, Baz Muhammad, spoke to RFE/RL about the need to end a war which pits “sons against fathers and brothers and against brothers.”

The 60-year-old Baz Muhammad was in command of 18 pro-government fighters who were manning a checkpoint near the village of Kokaltash in Jowzjan’s Faizabad district when it was attacked by more than 100 Taliban fighters on the night of August 26.

Baz Muhammad was shot dead along with 10 of his fighters in the Taliban assault, which began at about 8 p.m. local time when the Taliban began firing rocket-propelled grenade launchers at their post, district governor Alifshah told RFE/RL’s Radio Free Afghanistan.

Seven other militia fighters under Baz Muhammad’s command were wounded in the battle, Alifshah said.

Alifshah said the Taliban were pushed back nearly four hours later after reinforcements from the Afghan security forces were deployed.

Alifshah told RFE/RL that Baz Muhammad’s 28-year-old son, Fraidon Pahlavan was among the Taliban attackers. It was not known whether his son was the militant who killed his father.

Just nine hours before the battle began, Baz Muhammad told RFE/RL that the war was bringing nothing but misery to Afghans on all sides of the conflict.

Baz Muhammad’s involvement in the war ended in a family tragedy that resembles the story of Rostam and Sohrab — one of the most tragic episodes told in the 10th-century epic poem Shahnameh by the Persian poet Ferdowsi.

Shahnameh’s mighty hero Rostam did not know that he had a son, Sohrab, who lived in another kingdom.

When the father and son faced each other in battle, it was only after fatally stabbing Sohrab that Rostam realized he had killed “the person who was dearer to him than all others.”

Unlike, Rostam and Sohrab, however, Baz Muhammad and his son knew that they were fighting on opposite sides in the Afghan war.

Baz Muhammad has been a pro-government commander for nearly 10 years. Fraidon joined the Taliban in early 2019.

Baz Muhammad told RFE/RL he had tried many times to convince his son to leave the insurgent group. But he said Fraidon was adamant about wanting to continue to fight “for the religion.”

Before airing Baz Muhammad’s interview, RFE/RL tried to contact Fraidon through a mobile phone number provided by the family. He didn’t respond.

“Baz Muhammad’s wife and other children are devastated by his death and by what has happened,” said Alifshah, who was a long-time friend and neighbor of the slain commander in their village of Sansiz. “It’s hard to describe what they’re going through.”

Alifshah said Fraidon hasn’t contacted the family since the killing of his father, but authorities in Faizabad believe Freidon is alive and is fighting alongside the Taliban.

Fraidon was the second eldest of Baz Muhammad’s 11 children. He was engaged to marry before he joined the Taliban.

Alifshah said Fraidon “fell for the Taliban propaganda.” But he said poverty and a lack of opportunities may have played a role in his decision to join the militants.

Like many ordinary Afghans, Baz Muhammad’s family struggled to make ends meet. Baz Muhammad’s death will only deepen the family’s plight— especially that of his youngest son, who is just four years old.

On August 28, the mourning families of the 11 slain pro-government militia fighters received a one-off “humanitarian aid” delivery consisting of rice, cooking oil, and other foodstuffs.

Baz Muhammad and Fraidon were not the only blood relatives who fought as enemies that night at the Kokaltash checkpoint.

One of the slain government fighters, Hekmatullah, fought against his brother Allah Muhammad, a Taliban militant who was wounded and escaped from the scene.

Afghan authorities believe there are many more families across the country who fight against each other on different warring sides.

In his remarks to RFE/RL on August 26, Baz Muhammad said he hoped a peace deal would pave the way for “building the country up… instead of destroying it.”

Baz Muhammad, who fought during the 1980s alongside Afghanistan’s communist government forces against mujahedin guerilla fighters, said achieving peace in Afghanistan was difficult but not impossible.

In his last interview, he said he “couldn’t wait” to lay down his weapons and take part in rebuilding Afghanistan.

“Peace can’t come soon enough,” Baz Muhammad said. “Every war, every conflict must end in peace. There is no other way, no better solution than peace.”