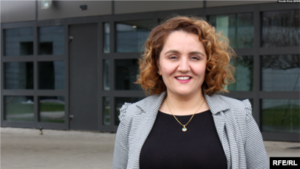 Less than 48 hours before the Taliban signed a conditional peace agreement with the United States, I telephoned the spokesman of the Taliban’s Doha office to discuss the terms of the pending accord.

“I am driving at this very moment,” Suhail Shaheen told me when I asked if I could record an interview with him.

He sounded quite joyous.

“I will tell you all that is known to me so far,” Shaheen said. “You can take notes. But I can’t give you sound while I am driving.”

I scribbled notes as quickly as he spoke.

He talked with certainty as he told me that the Taliban’s top negotiator in Doha, Mullah Abdul Ghani Baradar, would sign the deal on February 29 in the presence of representatives from more than 26 countries.

Shaheen also told me that immediately after the signing, discussions would start on the issue of freeing 5,000 Taliban from Afghan government prisons as a confidence-building measure.

“Once our prisoners are free, we will move toward an intra-Afghan dialogue,” Shaheen said, adding that the Taliban would reciprocate by releasing 1,000 detainees it is holding — including civilian employees of the Afghan government and captured Afghan security forces.

Growing Up Under The Taliban

As Shaheen spoke, my mind raced back to Afghanistan in the years before the September 11, 2001, terrorist attacks against the United States by Al-Qaeda, whose leadership was being harbored in my homeland at the time.

As a young girl growing up in Kabul under the Taliban regime, I had wanted so much to go to school.

But I couldn’t. Education for girls was forbidden.

Only years later did I learn that I was not only denied an education; I had missed so many little things that my peers in other parts of the world had enjoyed without considering them to be special.

I didn’t watch television and could not listen to music.

I didn’t know any of the cartoons or movies that my future friends in the West would tell me about, laughingly, as they recalled their childhoods.

All of that was forbidden by the Taliban.

Much later, I realized there were gaping holes in my life experiences as well as in my knowledge of the world.

I didn’t know about the Holocaust — how 6 million Jews were rounded up by the Nazis during World War II and massacred in death camps.

Years later, when I visited Anne Frank’s hideout in Amsterdam, I briefly felt more sorry for myself than I did for her.

I felt connected with her. I felt her isolation.

As women and girls living under the Taliban, we also were not allowed to go out or to do the simplest things to alleviate boredom — like meeting friends to go shopping.

Women were only allowed to leave their homes for immediate needs like seeing a doctor — provided the doctor was also a woman.

I remember once accompanying my mother to see a gynecologist.

We took her brother along because we had to have a male companion.

I still remember the smell of blood, sweat, and decaying flesh in the doctor’s little room.

She performed serious medical procedures there, including abortions.

It was a secret, of course. Abortions were also forbidden by the Taliban.

In the dark and narrow walkway leading to the doctor’s so-called office, there was a large group of women under blue, yellow, white, and gray burqas.

All were in pain. All were waiting to be examined by the only female doctor in the neighborhood.

There was one girl my age who was suffering pain that made her weep. But she wept silently.

I still think about her whenever I get my period. The pain reminds me of her eyes, filled with tears, helplessly looking around at everyone.

She didn’t say a word, and nobody spoke to her.

The journalist in me still wonders about her story. I blame myself for not asking why she was crying. Maybe I didn’t speak to her because I was too young.

In March 2001, I heard that the Taliban had blown up the two ancient Buddha statues in Afghanistan’s central province of Bamiyan.

As a child, I had known about the Buddhas because my father brought us a poster that hung on our living room wall for years.

It showed both Buddhas — the larger statue that my father called Salsal and the smaller statue he’d described as “a woman” called Shahmama.

I remember how my father would talk so proudly about the Buddhas. He saw them as a remnant of Afghanistan’s 5,000-year history.

His eyes lit up with joy when he told us of seeing both Buddhas.

But to be honest, I didn’t much care about the historic significance of the statues.

I saw them as a symbol of love — like two lovers hewn from the toughest mountains in the heart of Asia.

I thought they would stand tall and proud forever.

I admired them. I even dreamed about having a love story like I imagined theirs.

I thought about visiting them one day with someone I was really in love with – like somebody admiring Paris or Rome with the love of their life.

I cried with all my being when they were destroyed.

It created such a strange pain within me — as if someone had opened up my chest and snatched my heart out.

I get goosebumps, even now, as I write about it.

The Bamiyan Buddhas no longer exist, and it feels like Afghanistan’s pride was stolen — replaced by a dark hole in the soul of the country.

In some old texts, Afghanistan is referred to as the heart of Asia.

If that is a perfect metaphor, then the heart of Asia bled during the Taliban years and has been trying to heal itself during the last two decades.

On the very day I telephoned the Taliban spokesman, RFE/RL’s Afghan Service reported on a group of women taking part in a ski competition in Bamiyan.

Shaheen spoke to me in a soft and friendly voice. He seemed to know me as I introduced myself.

Well, we have been told many times that the Taliban listens to our broadcasts.

Did they hear our report about women skiing in Bamiyan?

The women had talked about competing and excelling, about the beauty of sports and its benefits for women.

Their words made me think about what will happen to all women in Afghanistan as the country moves forward on a peace deal.

I know the deal could bring peace between the Taliban and the government and bring the Taliban back into the day-to-day lives of the Afghan people.

I wonder, probably like millions of other Afghans, whether the Taliban has really changed.

If not, what will happen to the girls who are now the age I was during the late 1990s?

Will they, too, be denied so many moments of happiness and joy?

Afghans have not had it easy during the last two decades. Taliban fighters have fought furiously against government forces and U.S.-led coalition troops.

The conflict has also created a void that has been filled by militants of all kinds — including Islamic State (IS) extremists.

The UN Assistance Mission in Afghanistan (UNAMA) says more than 10,000 Afghan civilians were killed or injured during 2019 alone.

Still, hope for a better day has always been present whenever I speak with ordinary Afghans.

So will the Taliban end that hope? Or will it all be peace and reconciliation?

Will the Taliban be soft-spoken and respectful to the people of Afghanistan, like Shaheen was during his telephone conversation with me?

Afghanistan is once again being tested, probably its toughest test in recent history.

When the Bamiyan Buddhas were blown up, I told myself that I would never forgive the Taliban.

Since then, I’ve lost friends, dear colleagues, and even members of my family to the war.