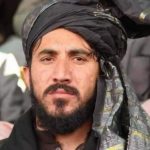 Michael Hughes: A crackdown of Pashtun activists in Pakistan has drawn international opprobrium at an inconvenient time for Islamabad and Washington as they try to shape a public narrative to make a peace pact with the Taliban as palatable as possible.

The Trump administration wants the U.S.-Taliban exit deal to be seen as a victory for peace rather than a humiliating defeat at the hands of rag-tag insurgents who will continue destabilizing Afghanistan and the region.

In order to do this, the United States wants the world to believe that Pakistan has suddenly stopped using its northwest tribal areas as an extremist incubator to “keep the pot boiling” in Afghanistan. However, allegations suggesting otherwise that have recently gone viral threaten to upend Washington’s story line.