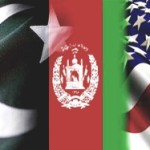 Foreign Ministry spokesman Mohammad Faisal said Khan is undertaking the visit at the invitation of Trump.

“The agenda of the meeting is being developed through diplomatic channels. The focus will be to refresh the bilateral relationship,” Faisal said at his weekly news conference in Islamabad.

The Trump administration has not made an official announcement about the meeting.

Officials and analysts in Islamabad say they hope the first interaction between the two leaders could mean a change in often-acrimonious bilateral relations, although it is widely perceived the talks will focus on peace efforts in Afghanistan.

“Pakistan has played a pivotal role in facilitating and taking forward the (Afghan) peace process. We are doing this in good faith and as shared responsibility. The ultimate decision regarding a political settlement is in the hands of Afghans only,” Faisal said. Pakistan has served as an intermediary in getting Washington and the Taliban to talk with each other. The talks between the two sides began nearly a year ago and a new round is under way in Qatar.

Tensions in relations between Washington and Islamabad stem from allegations that, despite having received billions of dollars in U.S. financial aid, Pakistan has harbored the Taliban and other militants who plan deadly attacks against U.S.-led foreign troops in Afghanistan and rival India. Islamabad denies the allegations.

Shortly after taking office nearly a year ago, Khan got into an argument with Trump on Twitter over the allegations, defending Pakistan’s “unmatched” sacrifices and successes in countering regional terrorism.

Both Taliban and American negotiators say they have come close to finalizing a draft text that could pave the way for ending the longest overseas U.S. military intervention.

Michael Kugelman, at Washington’s Woodrow Wilson Center, says the Trump-Khan meeting will have a single-issue agenda focused almost exclusively on Afghanistan because a peace deal with the Taliban is the biggest goal in South Asia for the U.S.

The Trump administration believes Pakistan can be helpful in that regard, he added.

Analysts in Pakistan are not anticipating anything major to emerge from the first interaction between Trump and Khan, but they note it could still go a long way in improving ties because both leaders “abhor the status quo” and are “immensely strong” personalities.

The American president has consistently been critical of U.S. involvement in foreign wars while Khan is known for leading anti-war campaigns. Khan opposed the use of U.S. military power to resolve the Afghan conflict even when his party was in the opposition.

The prime minister indicated he would also discuss his concerns over rising military tensions between the U.S. and Iran, which shares a nearly 900-kilometer border with Pakistan.

The prime minister noted that only after fighting for more than 17 years in Afghanistan, the U.S. has come to the conclusion that there is no military solution to it, so Washington must seek a peaceful resolution of the issue with Tehran.