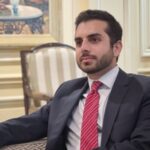 8am: Ali Maisam Nazary, head of foreign relations for the National Resistance Front of Afghanistan (NRF), says that NRF’s operations have expanded during the past year and is currently fighting against the Taliban in six provinces of the country with 4,000 well-equipped and trained forces. Nazary further said that they have called on the different countries to help the Resistance Front, adding that unfortunately except Tajikistan, other countries have not shown interest in Afghanistan issues. “Last winter, we had a military presence in six provinces in northern Afghanistan: Panjshir, Kapisa, Baghlan, Badakhshan, Takhar and Parwan,” he added. Click here to read more (external link).