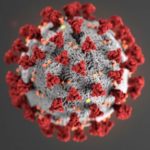 It reiterated NATO’s commitment to support the Afghan National Defense and Security Forces (ANDSF) in their efforts to secure peace in the country.

The outbreak has reportedly reduced the number of Afghan forces available to conduct counter-Taliban operations and other vital tasks, including taking up duty at security outposts.

The Afghan Defense Ministry rejected reports of large-scale infections among security forces, saying all necessary measures have been taken to prevent the spread of the virus at military bases and outposts.

As of Saturday, the public health ministry said that confirmed COVID-19 infections in Afghanistan, a country of 37 million, have risen to nearly 33,000. It noted that 826 patients have died. COVID-19 is caused by the coronavirus.

Public health officials have warned that the actual numbers are much higher, citing limited testing capacity, among other challenges facing the war-hit health care system, and that up to 26 million people in the country could become infected in the coming months.

There are also reports the outbreak is circulating among top Taliban commanders and fighters, although insurgent officials have denied them.

Afghan authorities acknowledge stepped up insurgent attacks in recent weeks have killed and injured hundreds of security forces. The fighting has also killed scores of civilians.

The violence comes as Afghan rivals prepare to hold peace talks to negotiate a cease-fire and a power-sharing arrangement.

The proposed dialogue is stipulated in a landmark pact the United States signed with the Islamist Taliban in February to end nearly two decades of hostilities in Afghanistan.

The commencement of long-awaited intra-Afghan peace talks, however, is tied to the conclusion of an ongoing prisoner swap between the Afghan government and the Taliban.

Kabul still has to free about 1,000 Taliban prisoners out of 5,000 it is required to release. The insurgents have released about 740 Afghan out of a promised 1,000.

The U.S.-Taliban deal requires all American and allied troops to leave Afghanistan by July 2021, subject to assurances the insurgent group will prevent transnational terrorists from using the country for international attacks and engage in a political reconciliation process to end violence.

Pontecorvo released the statement via Twitter after updating NATO members in Brussels on the situation in Afghanistan.

“We also discussed the situation on the ground — Taliban violence has to go down, it is simply unacceptable and it is creating an issue, a problem for getting to the peace talks,” he said.