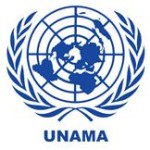 WASHINGTON — Local media watchdogs in Afghanistan and the United Nations have called on the Taliban to stop the arbitrary detention of local journalists in Afghanistan.

Afghan Journalists Safety Committee, in a statement on Thursday, said that the Taliban arrested its provincial representative in central Ghor province along with another local journalist on Wednesday.

According to the statement, the local journalist was released two hours later but AJSC’s provincial representative, Ghulam Rabani Hadafmand, was still in the Taliban’s detention.

“Although it has been more than 24 hours from the incident, the provincial representative of AJSC in Ghor is still under arrest,” said the statement, which called on the Taliban to release Hadafmand and “provide the necessary explanations based on the provisions of law.”

In a tweet on Thursday, the United Nations Assistance Mission in Afghanistan said that the “arbitrary & incommunicado detentions of journalists & media workers by the Taliban show no sign of abating.”

UNAMA has called on the Taliban to stop the “intimidation of media.”

UNAMA has said that Afghan journalist Bismillah Watandost was released after being held in detention by the Taliban for 10 days.
Watandost was arrested along with five other journalists in the southern city of Kandahar after four radio stations were raided on March 28.

Zahir Shah Angar, an Afghan journalist and managing editor of Da Sule Paigham radio in the southern Khost province, said that the detentions and continuing violence against journalists are making a challenging environment for journalists even more difficult.

“For sure, it has an impact on journalists’ work. Because it created fear among journalists,” he said.

Angar added that in the meetings with media support organizations, the Taliban’s spokesperson, Zabihullah Mujahid, “repeatedly” said that they are “committed to the freedom of expression and in future journalists would not be arrested.”

He added, “We hope that the interim government [of the Taliban] will stand by their word. Otherwise, independent media would not be able to operate in the country.”

The International Federation of Journalists, in a statement on March 31, said the media crackdown has increased in Afghanistan.

IFJ said that from March 26 to 28, at least eight media workers in Afghanistan were arrested and two radio stations were closed.
In its statement, IFJ called on the Taliban for the “immediate release of all detained media personnel and the reinstatement of all broadcasters and media organizations affected by the Taliban’s new media restrictions.”

According to the Afghanistan Federation of Journalists and Media, 21 journalists were detained across Afghanistan in March.
Reporters Without Borders (RSF), in a statement on Feb. 4, reported an increase in “threats, summonses for interrogation and arbitrary arrests” of journalists in Afghanistan.

RSF said that the Taliban’s intelligence and Ministry of Promoting Virtue and Suppressing Vice are “directly implicated in this harassment, which violates Afghanistan’s press law.”

The Taliban did not respond to VOA’s inquiries about the recent detention of journalists.

“There is a media commission to deal with the media offenses in case of violations by journalists. If a case is not addressed by the commission, then it is referred to the court. These detentions are a violation of the laws,” Misbah said.

Misbah added “without doubt, it will put an end to the freedom of expression in the country, one of the main gains of the past two decades.”

In a conference in January, local radio owners in Afghanistan called on the Taliban to guarantee freedom and clarify their stance on the media law of Afghanistan.

After seizing power in Afghanistan in August 2021 the Taliban promised that media would be “free and independent,” but they have increased their crackdown on independent media in Afghanistan.

In a press release issued in November, IFJ said that at least seven journalists were killed in Afghanistan in the first three months of the Taliban’s takeover. It said there were “many more suffering intensifying threats, harassment, intimidation and violence.”

According to a survey by RSF in December 2021, about 40% of Afghan media have closed since Aug. 15 and 60% of Afghan journalists and media employees are no longer able to work, including more than 80 percent of female journalists.

The Taliban have also banned international broadcasters, including Voice of America, BBC and Deutsche Welle.

IFJ has called the Taliban’s ban on the international outlets “a major blow for press freedom and public access to information in Afghanistan.”