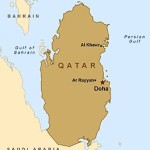 Tolo News: Hours after the Afghan government announced a “finalized” list of Qatar delegation, some critics said the 250-member list requires to be inclusive and that it should represent people from all over the country. The list shows that 90 delegates have introduced by political parties and movements and 150 others have been introduced by government. It includes 52 women. The list also includes the names of former Jihadi leaders and former senior officials of government including Ismail Khan, Atta Mohammad Noor, and Mohammad Yunus Qanooni. The names of close aides of former President Hamid Karzai and Hizb-e-Islami leader Gulbuddin Hekmatyar are on the list, but the names of Karzai and Hekmatyar are not seen in the list. Click here to read more (external link).