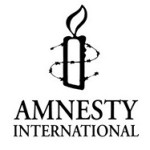 Amnesty International says it has documented torture and extrajudicial executions committed by the Taliban as the group seized power in Afghanistan in August.

The evidence shows that “far from the seamless transition of power that the Taliban claimed happened, the people of Afghanistan have once again paid with their lives,” Agnes Callamard, Amnesty International’s secretary-general, said in a news release.

The report also said the ANDSF and the U.S. military were responsible for attacks that resulted in “extensive civilian suffering” as the government collapsed.

Callamard urged the International Criminal Court (ICC) in The Hague to “follow the evidence on all possible war crimes, no matter where it leads.”

Amnesty International collected evidence for the report by conducting research in Kabul, including face-to-face interviews with 65 people from August 1-15, and interviews with 36 victims and witnesses from 10 provinces from August to November using encrypted mobile apps.

The report documents possible war crimes, including alleged torture and other inhuman treatment of captives, the alleged use of mortars by the ANDSF in populated areas, and a U.S. drone strike in the final days of the chaotic U.S. military withdrawal that killed civilians, including children.

One of the attacks carried out by the Taliban took place on September 6 in Bazarak, the capital of Panjshir Province, which was the last holdout against Taliban control.

About 20 men were captured and detained for two days by Taliban forces. The men were “tortured, denied food, water, and medical assistance, and repeatedly threatened with execution,” Amnesty International said.

One of the men captured recounted how the captives were held underground and when they asked for medical treatment for the wounded, the Taliban said, “Let them die.”

The Taliban also attacked the nearby village of Urmaz on September 6 and conducted door-to-door searches to identify people suspected of working for the Western-backed government.

“The fighters extrajudicially executed at least six civilian men within 24 hours, mainly by gunshots to the head, chest, or heart,” according to the report, noting that such killings constitute war crimes.

Eyewitnesses said that while some of the men had previously served in the ANSDF, none was in the security forces or taking part in hostilities at the time of their execution.

The report also documents reprisal attacks and executions of people affiliated with the former government in Spin Boldak.

Amnesty International previously documented the Taliban killing 13 ethnic Hazaras in Ghazni Province, as well as 11 members of the ANDSF in the village of Kahor in Daykundi Province.

The report also said the U.S. military and the ANDSF contributed to the violence between June and August by continuing a “pattern of civilian harm.”

It said two mortar attacks in Zakhail, a suburb of Kunduz city, “most likely” were launched by the ANDSF. The two attacks occurred in June and killed a 20-year-old man and a 12-year-old girl, the report said.

The U.S. drone strike killed 10 people, including seven children, in Kabul on August 29. An investigation by the U.S. Air Force inspector-general last month called the drone strike “a tragic mistake.”

On December 13, the Pentagon announced that no U.S. military personnel would be held accountable for the strike.

Washington is considering reparations for the relatives, including allowing them to immigrate to the United States.

The Amnesty International report comes a day after a UN official said the first four months of Taliban rule in Afghanistan had been marked by “credible allegations” of more than 100 extrajudicial killings, the denial of women’s rights, and the recruitment of boys to be soldiers.

« US to donate another 1 million COVID-19 vaccine doses to Afghanistan
What Does the National Resistance Front of Afghanistan Have to Offer? »